5 January 2017: CI²MA researcher gave talks in Taiwan and Spain
Luis M. Castro made stays and presented his most recent results.

Aheaded were the last weeks of 2016 for the academic of the Departamento de Estadísticas de la Facultad de Ciencias Físicas y Matemáticas, and researcher of the Center for Research in Mathematical Engineering, CI²MA, of the Universidad de Concepción, Luis Mauricio Castro, as it fulfilled an intense itinerary that took him to visit two continents. First, between 9 and 11 December, it was held at the 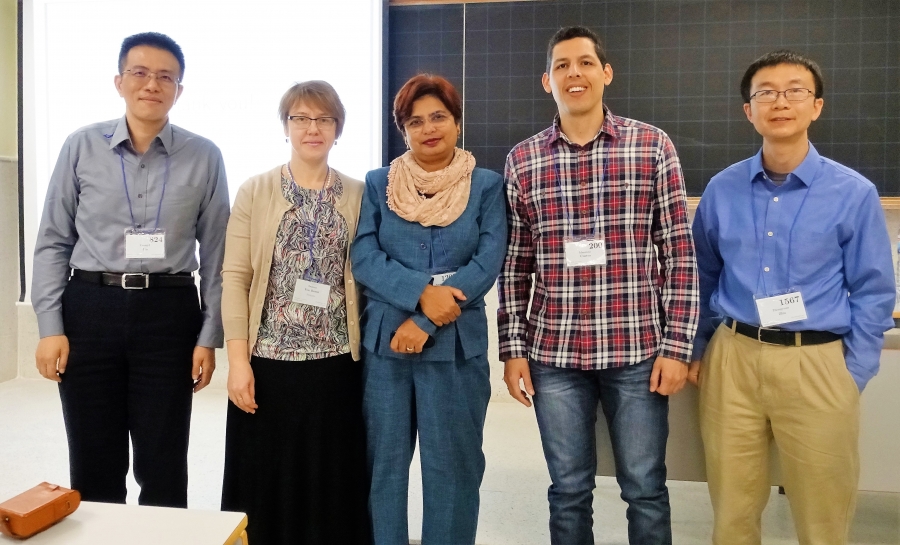 9th International Conference of the ERCIM WG on Computational and Methodological Statistics (CMStatistics 2016), at the Universidad de Sevilla, Spain, where professor Castro was responsible for organizing The Statistical Modeling for High-Dimensional and Biomedical Data, with the participation of leading researchers such as: Vanda Inacio (U. of Edinburgh) and Garritt Page (Brigham Young U.), among others. In addition, at the same conference, Castro was a guest speaker at the thematic session recent advances in Complex Data Modeling and Computational Methods, in which he also presented results from his studies, renowned statisticians such as Anuradha Roy (U. of Texas), Tatjana von Rosen (Stockholm U.) and Zhengyuan Zhu (Iowa State U.). Most recently, Castro conducted a couple of research visits in Taichung (Taiwan), where he met with his colleagues Wan-Lun Wang of the Feng-Chia University (FCU), and Tsung-I Lin of the National Chung Hsing University (NCHU ). In both Asian institutions, the UdeC teacher reported

the most recent results obtained in the context of the implementation of the research project, Fondecyt 1130233, called Flexible modeling of complex longitudinal data using skew-elliptical distributions, which has an end date In March. Professor Castro studied Statistical Engineering at the Universidad Nacional Agraria La Molina in Lima, Peru, where he worked as a consultant in several companies, conducting research in the area of ​​markets. Later, in 2008, he obtained his PhD from the Pontificia Universidad Católica de Chile after developing the Skew-normal distributions: Identifiability, Reduction and Bayesian approach of shape mixtures, under the direction of Ernesto San Martín and Reinaldo Arellano-Valle. He is a specialist in Statistics and Probability, a member of CI²MA since 2015 and currently serves as President of the Sociedad Chilena de Estadística (SOCHE).