16 September 2018: CI²MA researcher distinguished for her research productivity
Jessika Camaño was recognized by the Faculty of Engineering of the UCSC 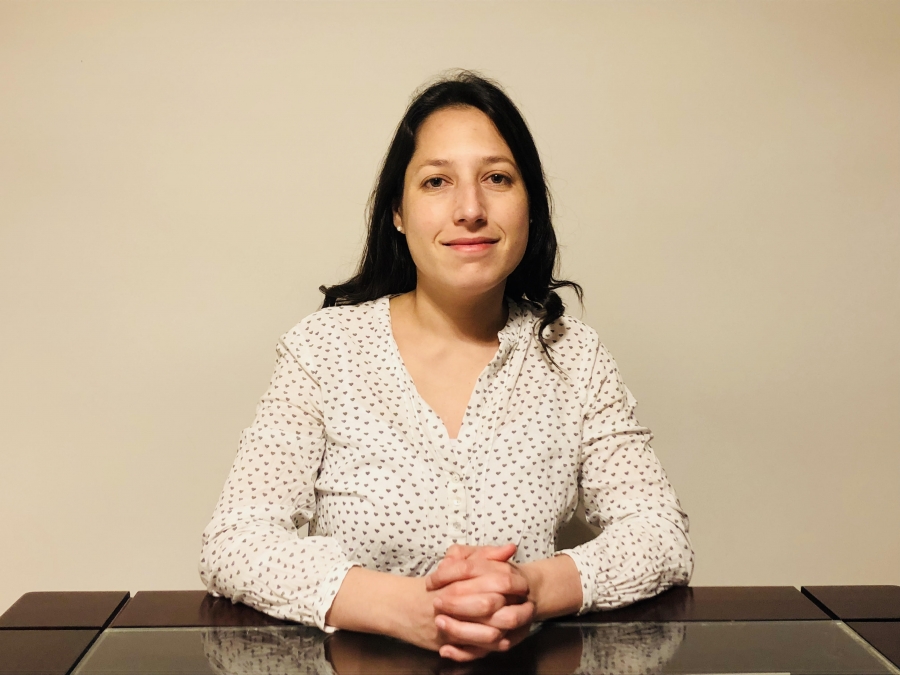 By the end of last month, and within the framework of the 26th Anniversary of the Faculty of Engineering of the Catholic University of the Most Holy Conception (UCSC), the researcher of the Research Center in Mathematical Engineering, CI²MA, of the University of Concepción, Dra. Jessika Camaño, was recognized, by virtue of her scientific productivity during 2017, as the best researcher of the School of Engineering of UCSC. In this regard, Jessika says: "While you do research because you find it interesting and you like it, it is gratifying that the authorities highlight the work done with a recognition like this. In my opinion, this is nothing more than a consequence of a research work carried out honestly, and in conjunction with other national and international collaborators. It is important to highlight that there have been other graduates from the Ph.D. Program in Applied Sciences with a major in Mathematical Engineering from CI²MA who have also been recognized for their research in the area of Numerical Analysis of Partial Differential Equations. This fact confirms the good training we have received from the respective researchers of the center".

Regarding how she relates this distinction with her research and graduate work in the CI²MA, Dr. Camaño adds: "In my opinion, this recognition is an important incentive to continue working with more energy in these tasks. Currently, Eduardo De Los Santos, student of the above mentioned doctorate program, is developing his thesis under my joint direction with Rodolfo Rodríguez, from Universidad de Concepcion, and Ana Alonso, from University of Trento, Italy. As I have been doing it so far, I would like to continue guiding new graduate students who are interested in the topics that I have developed during recent years".

Jessika, who received a similar recognition in August 2017 for her work in teaching (see news here), has a degree in Mathematics (UdeC, 2006), a Master's in Mathematics (UdeC, 2008) and a PhD in Applied Sciences with a major in Mathematical Engineering (UdeC, 2013). Her main research areas are Numerical Analysis of Partial Differential Equations, and Computational Electromagnetism, and to date, in addition to having also directed several theses of undergraduate and Master in UdeC and UBB, and participated in various projects funded by Conicyt, she has about 20 articles (already published or accepted) in the best international journals in the area. Asked about the distinction obtained by Dr. Camaño, the Director of CI²MA, Gabriel Gatica, comments: "I am very pleased with this news, first of all because of her, since I have been a direct witness of her successful academic career, from her very beginning as student of our Ph.D. program, secondly, by the Department of Applied Mathematics and Physics of UCSC, the academic unit that had the success of having hired it, and of course by CI²MA. Indeed, an important part of the scientific productivity of this center is precisely due to the contribution of its most active young researchers, among which Jessika stands out without a doubt".