10 September 2019: CI²MA researchers plan to collaborate with german mathematician
Professor Matthias Hieber presented at an event organized by the center

In a new version of the Seminar on Numerical Analysis and Mathematical Modeling, SANMoMa -which is traditionally organized by researchers from the Center for for Research in Mathematical Engineering, CI²MA, from Universidad de Concepción, and academics from the Department of Mathematics of the Universidad del Bío-Bío- Matthias Hieber, academic of the Technische Universität Darmstadt, Darmstadt, Germany, presented his study The Bidomain Equations with Fitz Hugh-Nagumo Nonlinearities. “In this talk, we consider these equations with Fitz Hugh-Nagumo nonlinearities arising in the study of electrophysiology. We show that the associated bidomain operator admits a kind of maximal regularity. This allows us to prove local as well as global well-posedness results in the weak and strong setting for initial data in critical spaces. Moreover, we give stability results for spatially constant equilibria”, the speaker explained.

Professor Hieber's stay in Concepción was supported by funds from the FONDECYT project 1880868 led by Professor Mauricio Sepúlveda, as well a researcher of CI²MA. “I met Professor Matthias Hieber in the context of some workshops (WPDE) that have been taking place annually in Petropolis, RJ, Brazil, in which we have both participated, where a strong group of analysis of evolutionary partial differential equations (EDPs) exists. So, being Professor Hieber in Brazil participating in these activities, we took the opportunity to invite him to Concepción. Although his research is rather theoretical, linked to the analysis of the EDPs, he has topics that are of our interest, as is the case of the FitzHugh-Nagumo equation that he described in his presentation. With my colleagues Verónica Anaya and David Mora, all from CI²MA, we have developed a joint work about that and, starting from that, we are looking for new ways to collaborate with Professor Hieber”, the UdeC researcher details.

In the same way, Verónica Anaya of the Department of Mathematics of the Faculty of Sciences of the Universidad del Bío-Bío explained that “Recently, we got accepted a work that is based on FitzHugh-Nagumo in which we established a method of virtual elements, so that we could collaborate concerning the diffusion terms. It will help us to better understand the continuous part of the model, about the regularity of the solution”. As for Professor Hieber's talk, Anaya highlighted that it was “excellent, there are things that are very different from what we do, but also are very useful for other ways to prove existence and uniqueness of solution and to know better the model in which we are starting to work”. 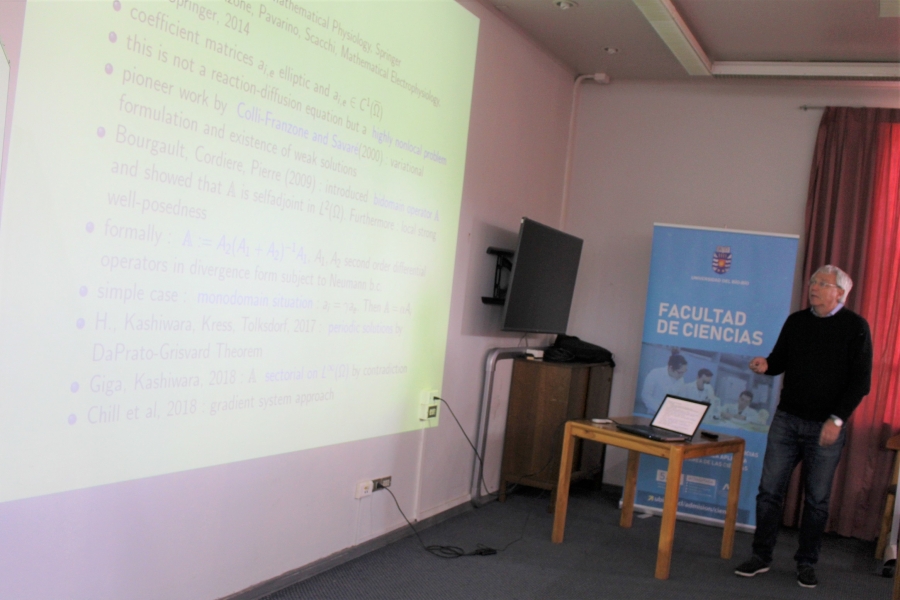 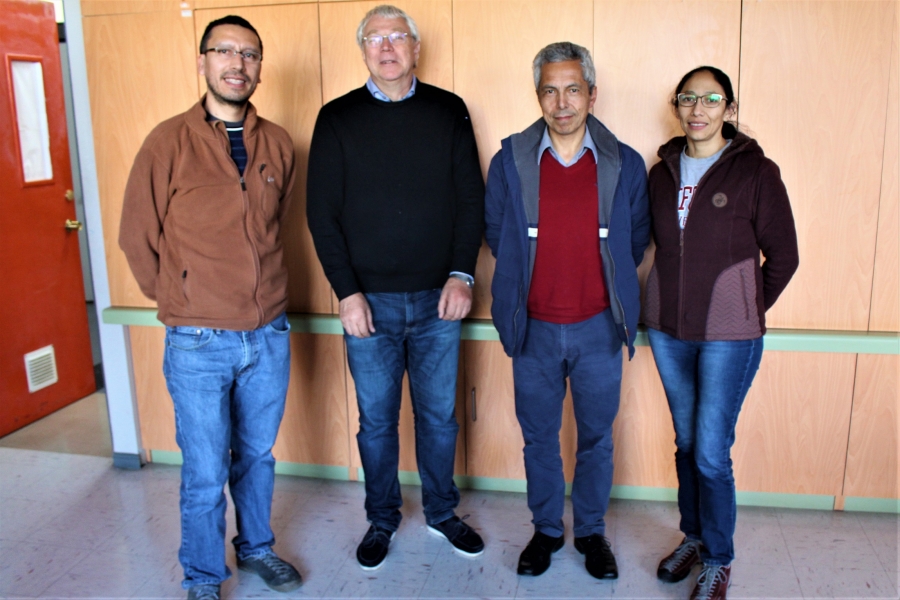