26 November 2019: Successful collaboration of CI²MA with Swedish mathematician
Raimund Bürger has an extensive collaboration history with his colleague Stefan Diehl

Recently, the results of the applications to the funds of the Swedish Research Council (a simile of the Chilean Conicyt) were announced, resulting selected the project named Convection-Diffusion-Reaction Equations in Industrial and Biological Processes, led by Stefan Diehl, academician from the Centre for Mathematical Sciences of the Lund University, Sweden, in which the researcher and the Sub Director of the Center for Research in Mathematical Engineering, CI²MA, Raimund Bürger will contribute as a guest. “I congratulate my collaborator for having awarded this project, which will last four years and among other items allows to finance a PhD student. In particular, it is notable that this contest is highly competitive, with an award rate of around 20%” the also academician from the Department of Mathematical Engineering of the Universidad of Concepción, UdeC, explains. This project is contextualized in the mathematical and numerical analysis of partial differential equations (PDE) of non-linear convection-difusion-reaction with non-standard coefficients, motivated by problems in industrial processes and life sciences and their potential applications in the fields of water science, chemical and mineral engineering and neuroscience, taking into account the complexity of the implementation of the described methods.

Long and productive history of collaboration

Professors Bürger and Diehl have collaborated in various instances since 2011, either by co-writing articles, developing joint collaboration projects and co-directing theses of postgraduate students. Indeed, the collaboration has already given rise to 20 papers in journals of applied mathematics, numerical analysis and chemical, sanitary and metallurgical engineering. Julio Careaga is among the young researchers who collaborate with Bürger and Diehl. He, after graduating as a Mathematical Civil Engineer from the UdeC was a research assistant to the Sub Director of CI²MA, in 2017. Currently, he develops his PhD studies in Mathematics at the Faculty of Engineering of Lund University, Sweden, under the direction of Diehl and Bürger.

On the other hand, during the last weeks, Yolanda Vásquez, student of the Doctoral Program in Applied Sciences with a minor in Mathematical Engineering from UdeC, is developing a two-month stay (October-November) in that European university. She progresses in her thesis named Systems of Convection-Diffusion-Reaction Equations Modeling Unit Operations in Mineral Processing, co-directed by Bürger, Diehl, and María Carmen Martí, who made a postdoctoral stay at our Center, between 2014 and 2018, and is currently part of the faculty of the Department of Mathematics of the Universitat de València. “I am collaborating with Dr. Stefan Diehl of Lund University, Sweden, and with Dr. María Del Carmen Martí. Our objectives are to finish the numerical results of a paper in which we have been working, and establish the criteria to start a new task” Yolanda details. During December, she will also perform a research stay at the Universitat of València, Spain.

The visits that Yolanda is currently performing in Europe are partially funded by the UCO 1866 Project “Plan for Strengthening the Internationalization of Postgraduate and Research of the Universidad de Concepción” of the Ministry of Education of Chile, in addition to the Postgraduate Directorate of UdeC and by IFARHU-SENACYT of Panama. “On Monday, November 25, I will give a talk here in Lund about flotation models; on December 9, I will participate in a workshop in Ghent, Belgium, where I will also give a talk; and in Spain, I will give a one-day class to the students of the Numerical Calculation course taught by Dr. Martí and Dr. Antonio Baeza to show some applications to the students”, she details about other academic activities in which she will take part. In addition, a few weeks ago, Yolanda gave details about her activities in Europe in an interview on the “Bright Minds” program of the Panamanian television channel Telemetro. 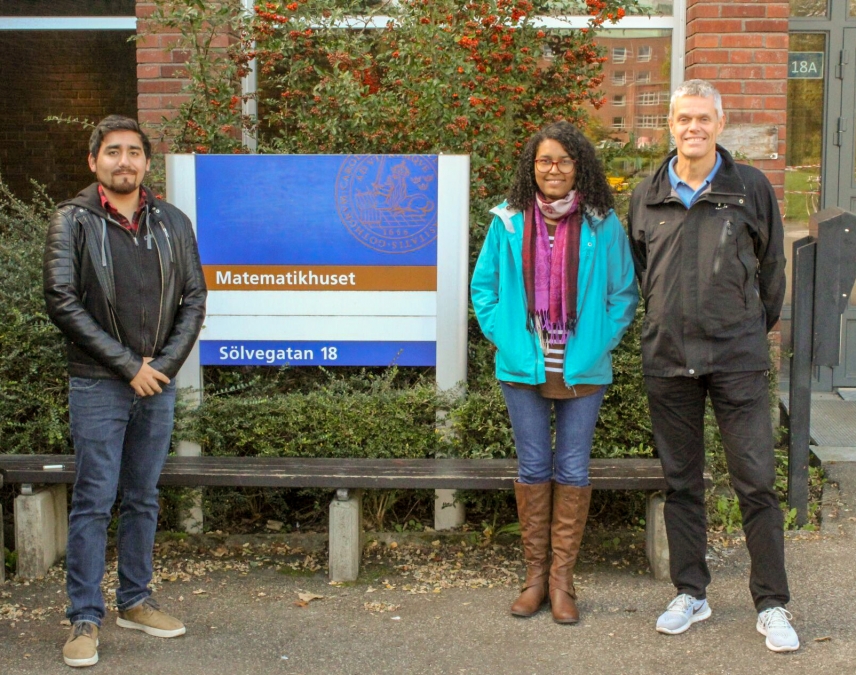