2 January 2020: Study by CI²MA researchers originates patent
It is a flocculation reactor that can be used in water reuse processes

The researcher of the Center for Research in Mathematical Engineering, CI²MA, and academician of the Department of Metallurgical Engineering of the Faculty of Engineering of the Universidad de Concepción, Dr. Fernando Betancourt, officially received from the National Institute of Intellectual Property, Inapi, the notification of granting the invention patent of a hydraulic reactor for water recovery in industrial processes, which was designed in the context of the Fondef IdeA project New technology to increase the recovery of water from tailings thickeners, in which, among other researchers Subdirector of CI²MA, Dr. Raimund Bürger, also participated.

The formal name of the patented invention is Hydraulic ultra-flocculation reactor for the recovery of water from fine pulps of mining tailings comprising a) at least one external cylindrical shell with a diameter of the base and the upper area in a reason 1: 2 and 1: 4; b) an internal housing attached to the external housing; and c) an effluent inlet pipe and a tributary outlet pipeline. In simple terms, flocculation is the chemical process by which disintegrated substances present in the water are agglutinated, thus facilitating their decantation and subsequent filtration. “The idea arises from the need that mining companies have to maintain their production with the presence of altered minerals which contain a large amount of fine particles and clays which are very difficult to flocculate”, Betancourt explains about the original idea of ​​the project and the problem that was sought to solve and adds that to address it, they used “the numerical simulation of fluid mechanics to design the reactors with the wanted operating conditions”.

Regarding that, Raimund Bürger comments that “it is an excellent piece of news that Fernando Betancourt has managed to get hold of this patent for his invention. It certainly strengthens CI²MA’s recognition, and possibilities of collaboration with industries and the private sector, that new knowledge is generated not only in the form of academic articles but also in the form of patents”. As for the practical consequences of this concession, Betancourt -who is also an associate researcher of the Center for Water Resources for Agriculture and Mining (CRHIAM; project CONICYT/FONDAP/15130015) details that “the patent protects the invention and allows the University to produce and commercialize the product or, more likely, its licensing for a company to manufacture and market it”, and either for uses in the mining sector or in others, as in sewage water treatment services, for example. 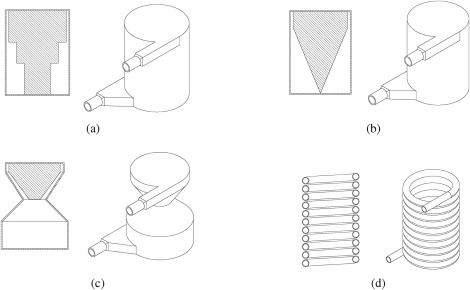