Filánder Sequeira and Mario Álvarez conducted research stays to work with the Director of the Center for Research Mathematical Engineering, CI²MA, Gabriel Gatica, with whom they have kept a permanent collaborative relationship since they graduated from the PhD Program in Applied Sciences with a minor in Engineering Mathematics of the Universidad de Concepción, in 2015 and 2016, respectively. Both researchers were directed by Gatica, in the development of their respective doctoral theses at the UdeC. 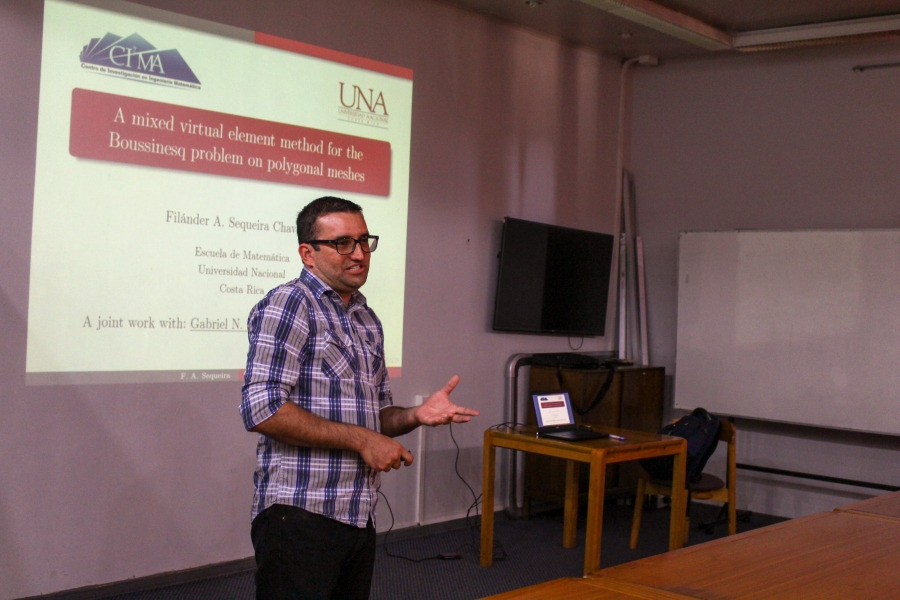 Sequeira is currently an academician at the School of Mathematics of the Faculty of Exact and Natural Sciences at the Universidad Nacional (UNA), Costa Rica. Regarding his stay in Concepción, Sequeira says that its main objective is “to strengthen relations between CI²MA researchers and researchers from other countries in the area of ​​Numerical Analysis for Partial Differential Equations (EDPs). Moreover, in these cases, CI²MA becomes a very supportive instance for all those researchers who wish to grow in this area, providing a comfortable and adequate environment for the development of joint research. In my particular case, the stay allowed me to develop new virtual element methods for non-linear problems in fluid mechanics”, he details. 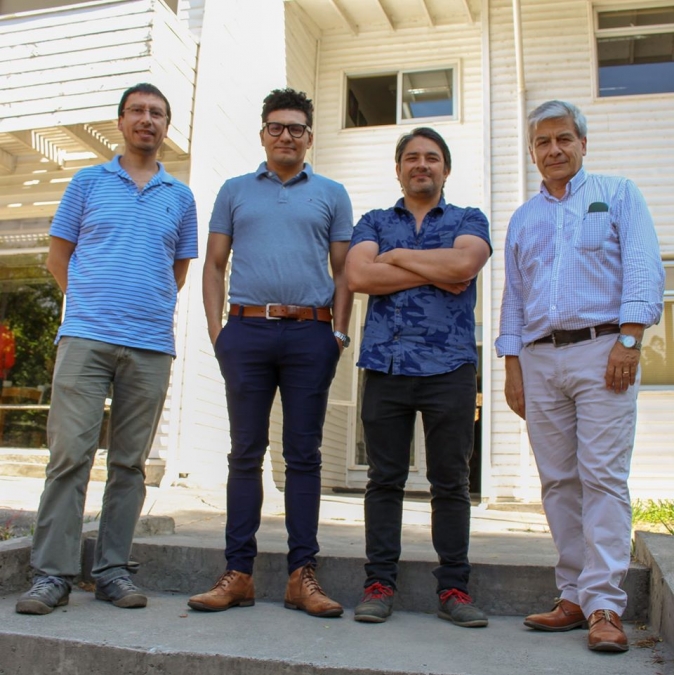 For his part, Álvarez is part of the faculty of the Mathematics Section of the Department of Natural Sciences of the Western Campus of the Universidad de Costa Rica (UCR). “This stay has allowed me to enrich the scientific collaboration with Professor Gatica in some works that were derivative from my doctoral thesis, in addition to giving new approaches to problems that we had previously raised, in the area of ​​mixed finite elements. In turn, during this academic stay, I have managed to generate collaboration with my generation partners in the PhD program, such as Filánder Sequeira and Eligio Colmenares (Universidad del Bío-Bío)”, he says. In that way, Álvarez affirms that “there in Costa Rica, together with the colleague Filánder, we are trying to promote the development of the Numerical Analysis area, which is strengthened with the reincorporation, to the same section in which I work, of my colleague Bryan Gómez, recently graduated from UdeC, and who also developed his thesis with Professor Gatica. The idea is to extrapolate the work dynamics that are given here at CI²MA. Over the years, and due to its significant scientific productivity, the CI²MA center has positioned itself internationally as a reference in the area of ​​Numerical Analysis, and for those of us who develop research in this subject, it is academically very nutritious and productive to maintain links with researchers from this entity”, he details.

Meanwhile, Sequeira points out that “since the conclusion of my Doctorate, Gabriel Gatica and I have kept in touch, looking for options for joint collaboration. In particular, collaborative ties are extremely strong thanks to the enormous effort Gabriel has dedicated to them. In fact, we had the opportunity to codirect Mauricio Munar’s doctoral thesis. On the other hand, we always seek to establish development links with other CI²MA researchers, whom I have noticed are extremely willing to do so”, he says. Both Sequeira and Álvarez gave talks in different versions of the Seminar on Numerical Analysis and Mathematical Modeling, SANMoMa, which is regularly organized by the CI²MA researchers, David Mora (UBB), Ricardo Oyarzua (UBB) y Gatica. Sequeira presented at the UdeC, the topic A mixed virtual element method for the Boussinesq problem on polygonal meshes, while Álvarez presented A mixed-primal finite element method for the coupling of Brinkman-Darcy flow and nonlinear transport at the Universidad del Bío-Bío. “This is a model that has many applications in problems related to filtration; such as the study of pollution processes in groundwater, CO2 capture, and perfusion of physical fluids, among many others. The analysis we carry out provides a finite element method that allows numerically solving a system of highly complex partial differential equations, due to the links involved”, Álvarez details on the subject he presented. 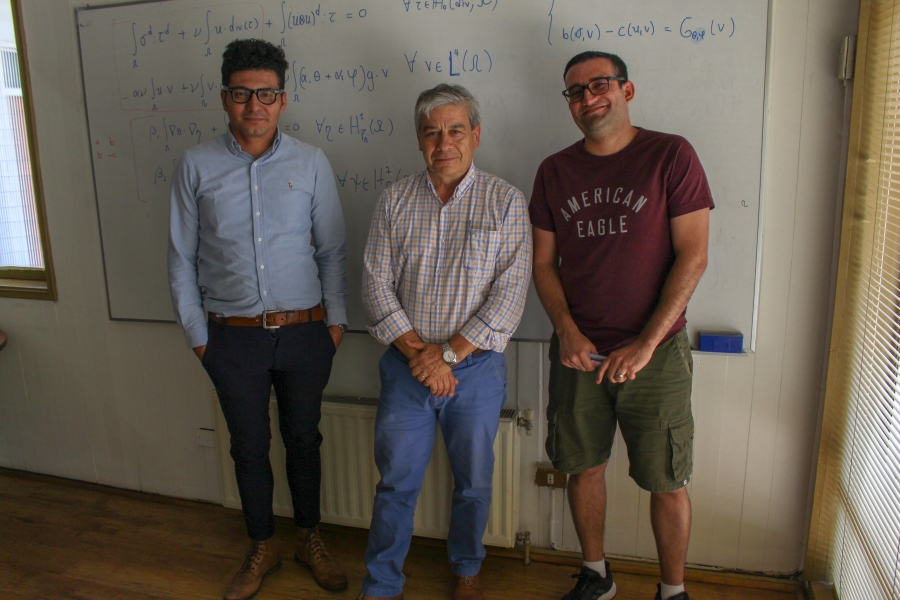