6 March 2020: Important presence of CI²MA in a conference in Central America
Organized by CIMPA from the Universidad de Costa Rica, UCR 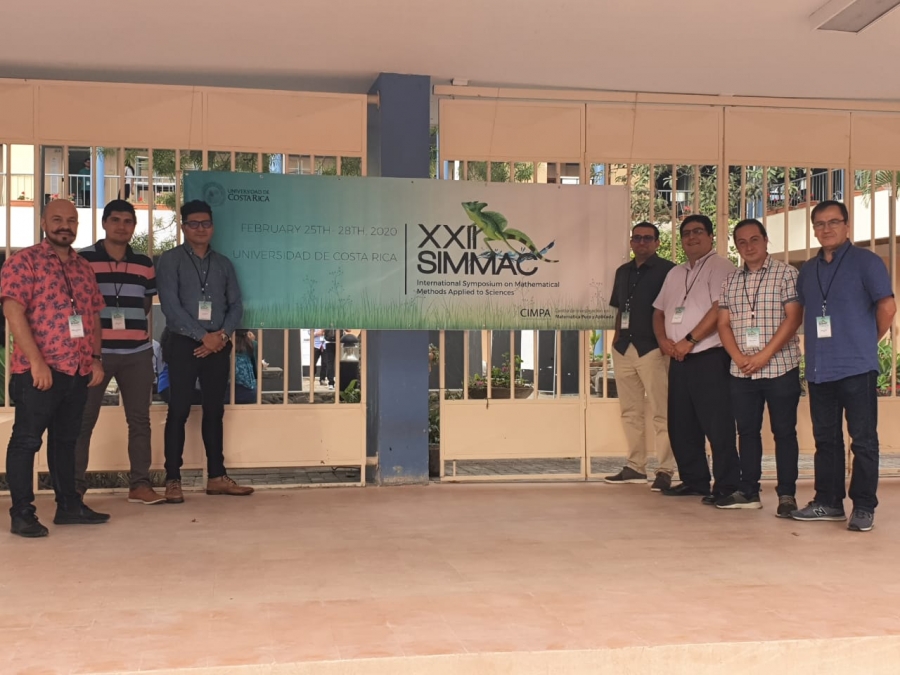 A few days ago, the XXII International Symposium on Mathematical Methods Applied to Science, SIMMAC, the most important applied mathematics event in Central America, was held in Universidad de Costa Rica, at San José. The activity, organized by academicians of the Center for Research in Pure and Applied Mathematics, CIMPA, of that university from Costa Rica, included talks by researchers from the Center for Research in Mathematical Engineering, CI²MA, Rommel Bustinza (U. de Concepción), Luis Gatica (U. Católica de la Santísima Concepción), Manuel Solano (U. of Concepción) and Luis Miguel Villada (Universidad del Bío-Bío), who presented at the Session on Numerical Analysis, AN, organized by Solano and his CIMPA colleague, Juan Gabriel Calvo (U. de Costa Rica). The Doctors in Applied Sciences with a minor in Mathematical Engineering, and former thesis students of CI²MA, Bryan Gómez (U. de Costa Rica, San Ramon), Filánder Sequeira (U. Nacional de Costa Rica, Heredia) and Mario Álvarez (U. de Costa Rica, San Ramon), also gave talks at the AN session.

Solano explains that “at the beginning of October, I emailed to Juan Gabriel Calvo, telling him that, for family reasons, I was going to be in Costa Rica on those dates and that I would like to take the opportunity to give a talk in the SIMMAC. That is why Juan Gabriel proposed to me to organize an invited session. This is the first time that an AN session for Partial Differential Equations (PDEs) has been carried out at SIMMAC and the idea would be to continue with them in future editions, due to the strong connection of CI²MA with Costa Rican researchers”. In addition, Solano highlights “the excellent organization of the event and the friendliness of the organizers, especially Mrs. María Luisa González, Administrative Manager of the event”.

In the same way, Luis Miguel Villada emphasizes that “the event was an excellent opportunity to raise awareness of the current issues that are being addressed from the point of view of the AN, seeking to encourage Central American students to hold postgraduate studies in the programs offered both in the UBB and in the UdeC”. Rommel Bustinza details that the participants of the invited session coordinated by Solano and Calvo, were “all linked somehow to CI²MA. 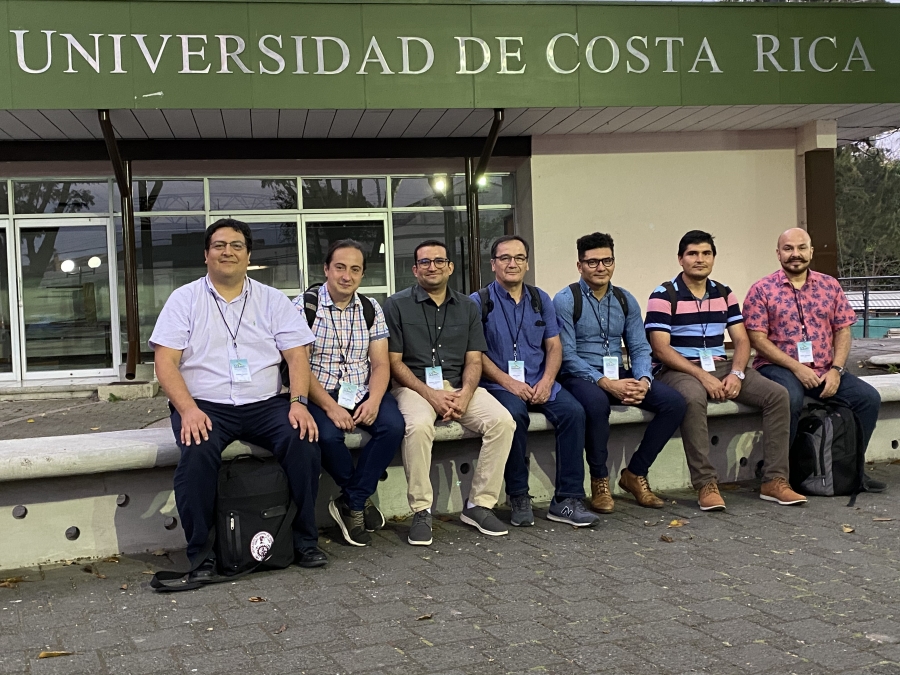 In particular, three of them are academicians from universities in Costa Rica, graduated from the UdeC Doctorate program. I consider that instances such this allow us to disseminate our research, generate discussion about it, and thus contribute to create new collaboration networks or strengthen existing ones”, explains the UdeC researcher who presented a paper “about the application of the high-order hybrid method for Neumann's problem, which is developed under a VRID-UdeC project (218.013.044-1.0) and is part of the thesis of Jonathan Munguía La Cotera, Peruvian student of the Mathematics Doctorate program of the Institute of Mathematics and Related Sciences of the Universidad Nacional de Ingeniería de Perú, of whom I am an external advisor”.

Meanwhile, Luis Gatica -who gave the talk Analysis of a pseudostress-based HDG for the Oseen problem, a work that is part of the thesis of Eduard Vallejos, student of the Master in Applied Mathematics at UCSC and funded the project FONDECYT Nº 1181748 that he directs- expressed that “the event was very well organized both scientifically and socially, and the unprecedented Numerical Analysis session was very well received by the SIMMAC organization and the participants of the session, so I believe that, in the future, this session will become permanent in the next SIMMACs. In fact, currently there is a significant number of Costa Rican numerical analysts, former CI²MA students, who can organize it. It was an excellent opportunity to show the Central American mathematical community part of what we do as researchers at CI²MA and our universities (UCSC, UBB and UdeC) and, through our presentations, motivate interest in postgraduate programs associated with the CI²MA in the three institutions”.