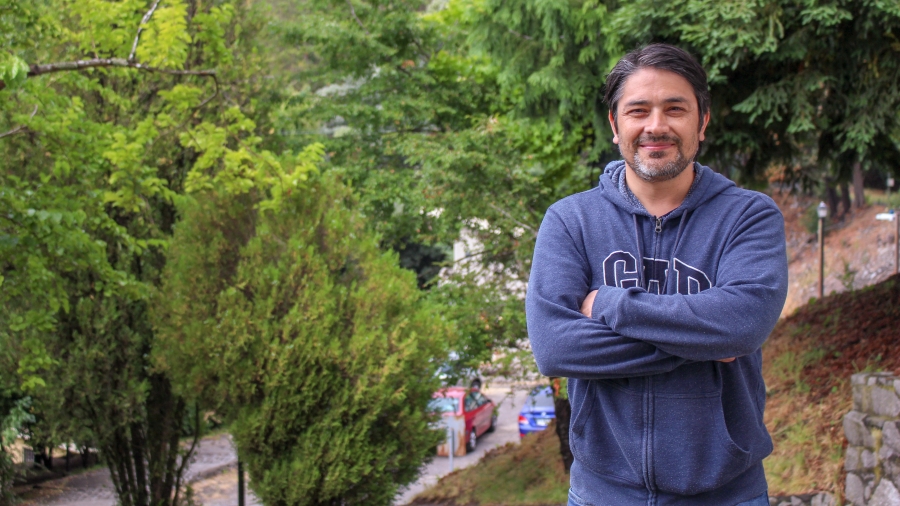 The project entitled: New Mixed Finite Element Methods for Elasticity, Poroelasticity and Related Problems, by the researcher of the Center for Research in Mathematical Engineering, CI²MA, Ricardo Oyarzúa, obtained the highest score, 5.0, from the Study Group of Mathematics, in the evaluation of projects that applied for financial support  from the Fondecyt Regular line of the National Agency for Research and Development, ANID. As a consequence of it, and having been evaluated 77 initiatives out of 86 submitted at the national level, the one by Oyarzúa occupied the first place among the 34 proposals that were approved.

“My project will last 4 years and its main objective is to develop new finite element methods for problems related to the elasticity equations and problems coupled with these equations, such as the poroelasticity problem that models the movement of a fluid in an elastic and porous medium”, explains Oyarzúa, academician of the Department of Mathematics of the Faculty of Sciences of the Universidad del Bío-Bío, UBB, and Director of the Doctorate Program in Applied Mathematics of that university.

The scientist obtained his Doctorate in Applied Sciences with a minor in Mathematical Engineering at the Universidad de Concepción, UdeC, in December 2010, under the guidance of the director of CI²MA, Gabriel Gatica, after which he completed a post-doctorate at the University of British Columbia in Vancouver, Canada, to then join his new work at UBB from March 2012. His main lines of research are Numerical Analysis of Partial Differential Equations and Mixed Finite Element Methods. “It is a great pride for our center to have a researcher of Ricardo's scientific quality and corresponding productivity, a background that, without a doubt, has a lot to do with what he has just achieved against Fondecyt. In fact, besides being very happy for the UdeC, the house of studies where he was formed, this news also comforts me a lot for the Department of Mathematics of the UBB, an academic unit that, for some time now, has become a regional benchmark for the assertiveness and relevance of their new hires, to the point that, for example, they have managed to form a prestigious research group in Numerical Analysis of PDEs (precisely Ricardo's area of specialization), which is widely recognized internationally”, Gatica emphasizes with regards to this great achievement by Oyarzúa.