5 May 2020: Issue of a prestigious journal publishes three articles by members of CI²MA
Six researchers and three former students participate as co-authors 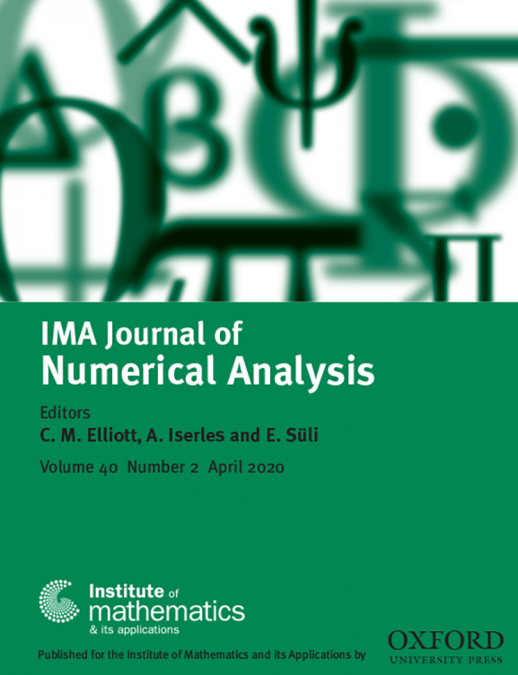 Issue 2 of volume 40, corresponding to April 2020, of the prestigious scientific journal IMA Journal of Numerical Analysis, IMANUM, was recently published, highlighting the presence of the Center for Research in Mathematical Engineering, CI²MA, through its researchers, Verónica Anaya, Rodolfo Araya, Gabriel Gatica, David Mora, Rodolfo Rodríguez and Mauricio Sepúlveda, former postgraduate student Pablo Venegas, and former undergraduate students Javier Almonacid and Hugo Díaz, who participate as authors of three of the 25 articles that make up this edition. 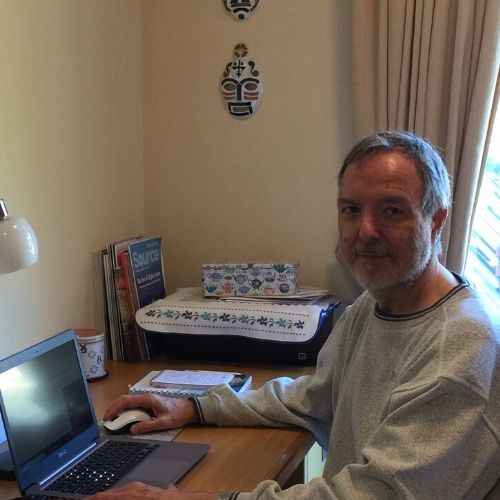 Numerical analysis of a time domain elastoacoustic problem is the name of the work carried out by researchers from CI²MA and academics from the Universidad de Concepción, UdeC, Rodolfo Araya and Rodolfo Rodríguez, together with the graduate of the PhD Program in Applied Sciences a minor in Mathematical Engineering from the UdeC, Pablo Venegas, who today works as a teacher at the Universidad del Bío-Bío (UBB). “In this work, a numerical method is proposed and analyzed to study an evolutionary problem of elastoacoustic vibrations. This study arose from conversations with colleague Klaus Bataille, from the Department of Earth Sciences of the Faculty of Chemical Sciences of our University”, Rodríguez explains, explaining that “when certain events such as volcanic eruptions and earthquakes, among others, occur, in a place on earth, the waves that are generated spread throughout the globe. When these are measured in a well away from the origin of the event, the perceived waves have passed through the inner part of the earth, which is modeled as liquid. Consequently, there are waves that are reflected in the interface and others that pass through it. Professor Bataille is interested in determining certain characteristics of that interface through an inverse problem”, he says. In turn, Venegas adds that, “the study of the evolutionary problem of elastoacoustic vibrations considering cylindrical symmetry is an interesting problem from the point of view of applications. This type of formulations are used in geophysics to study dynamic properties of the Earth, through two-dimensional computational models. We are currently working on the analysis of a numerical method for a cylindrical symmetry vibration problem, which is related to the elastoacoustic problem”, he says. 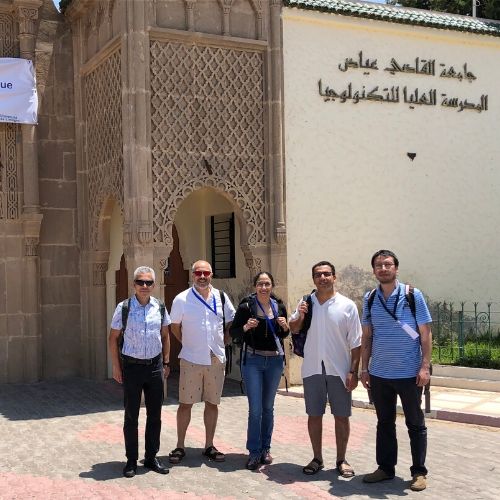 CI²MA researchers Verónica Anaya (UBB), David Mora (UBB) and Mauricio Sepúlveda (UdeC), together with Mostafa Bendahme (Institut de Mathématiques de Bordeaux, Université de Bordeaux, Talence, France), co-wrote the article A virtual element method for a nonlocal FitzHugh–Nagumo model of cardiac electrophysiology, in which, Anaya states, “we present a virtual element method (EMV) for a non-local reaction-diffusion system of the cardiac electric field. For this system, we analyze a discrete H^1 discretization, by means of VEM that can make use of general polygonal meshes. Under standard assumptions in the computational domain, we establish the convergence of the discrete solution by considering a series of a priori estimates and by using a general compactness criterion”. And regarding the applicability of the results obtained, Anaya highlights that “mathematical models related to electrical activity in the heart (heart tissue) are becoming a powerful tool to study and understand many types of heart disease, such as rhythm irregular heart or arrhythmias. Without a doubt, this work has fostered other collaborations that are in development” In the same way, Mauricio Sepúlveda sustains that, after the development of the work described in the article, “we have continued collaborating together, and there are some pending issues that we wish to address with the Virtual Elements method such as cross-diffusion problems, and inverse problems for these same systems of equations”.

The third article by CI²MA members included in this edition of IMANUM –A fully mixed finite element method for the coupling of the Stokes and Darcy – Forchheimer problems- was co-written by former CI²MA undergraduate students, Javier Almonacid and Hugo Díaz, currently PhD students at Simon Fraser University, Canada, and U. of Delaware, USA, respectively, along with the Director of CI²MA, Gabriel Gatica (UdeC), and Antonio Márquez (U. de Oviedo). In this regard, Gatica explains that “usually the problems of flows in porous media are modeled by the respective coupling of the Stokes and Darcy equations, both of linear character. However, for those media with non-linear behaviours, it becomes necessary to replace the second one with one that best represents its physical characteristics, an example of which is the Darcy-Forchheimer equation. In Hugo's thesis, in which Antonio Márquez collaborated strongly in the computational part, we developed precisely one of the first fully mixed methods to solve this new non-linear model. Later on, together with Javier we polished several technical details of the continuous and discrete analyses of the method, and gave  it the final form of an article, rearranging several of its contents. It is a great pride to continue collaborating in research with undergraduate students and obtaining joint publications in prestigious journals, not so much for me, but because for them it is a very significant achievement in the initial stages of their academic careers”. For his part, and referring to the scientific collaboration that takes place in the context of CI²MA, Díaz highlights that, “now that I have visited other universities in Chile and in the United States, I can see that the researchers at the Center for Research in Mathematical Engineering of the UdeC form a remarkable group in the area of ​​Numerical Analysis. It is also appreciated that they teach classes on topics related to their research areas to undergraduate students. Over time, you realize that this is a real privilege”.