4 September 2020: Mathematicians from the UdeC contribute to preventing the spread of fires
With international cooperation, they address this address problem with high social impact 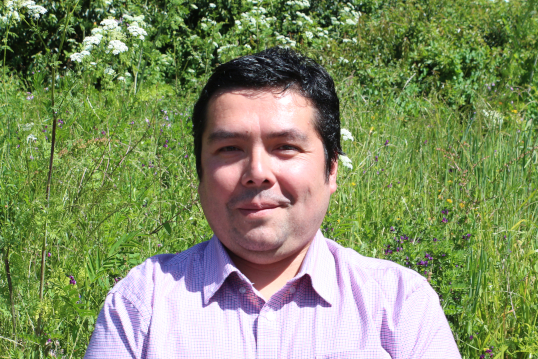 “In addition to the large fires that occurred in the Amazonas, Australia, California and other places, these events have also occurred lately in Chile in recent years, so studying fire propagation models is interesting from an academic and, of course, a practical point of view, which in itself constitutes a great challenge”, explains the Doctor of Applied Sciences with a minor in Mathematical Engineering from the Universidad de Concepción, UdeC, and academician from the Department of Forestry of the Faculty of Forestry Sciences (FCF), Elvis Gavilán.

So far, the researcher has developed studies that contribute to addressing this important problem that, in our country and the world, has a high economic and social impact, collaborating with colleagues from UdeC, such as Raimund Bürger and Daniel Inzunza, as well as Luis Miguel Villada from the U. del Bío-Bío and Pep Mulet from the Universitat de València, Spain. “The idea is to be able to generate interaction from the academic and practical point of view with professors who are directly linked to the field itself”, he explains about conversations he has already had with his colleagues at the FCF.

Recently, the group of mathematical engineers has co-written a couple articles for specialized magazines (1, 2), about the “propagation of fires from the perspective of numerical methods and we are concentrating on studying the fire behavior under the effects of the implementation of so-called firebreaks and the change in wind direction”.

Some of the main results achieved, Gavilán explains, have to do with the fact that “the width in the construction of the firebreaks is fundamental because, for example, such a measure can make the difference whether a forest fire in a pasture or forest can reach or not to a place that is essential to protect as is the case of the houses”. In this sense, the scientist details, “unfortunately an example of this were the fires in the south-central area of the country during the summer of 2017”.

To contribute to the prevention of this type of tragedy, Gavilán explains that “another interesting matter which we are currently studying is the preparation of risk maps, which under certain assumptions, allow us to know how affected a certain area could be that is important protect according to the place where the initial source of a fire originates”.

“Now comes the task of linking mathematical research with the practical part from the interaction with academicians from other areas”, the researcher details and, regarding the applicability of the developed models, he adds that “the partial differential equations and the dynamic systems allow modeling of a considerable number of different biological phenomena, such as biological invasions, insect population dynamics and forest health. For example, in the latter, there are systems of differential equations that allow predicting the spread of viruses in plants, in a more or less analogous way or how it occurs with certain epidemiological models such as SEIR (Susceptible-Exposed-Infectious-Recovered), in the case of humans and animals”, he affirms. 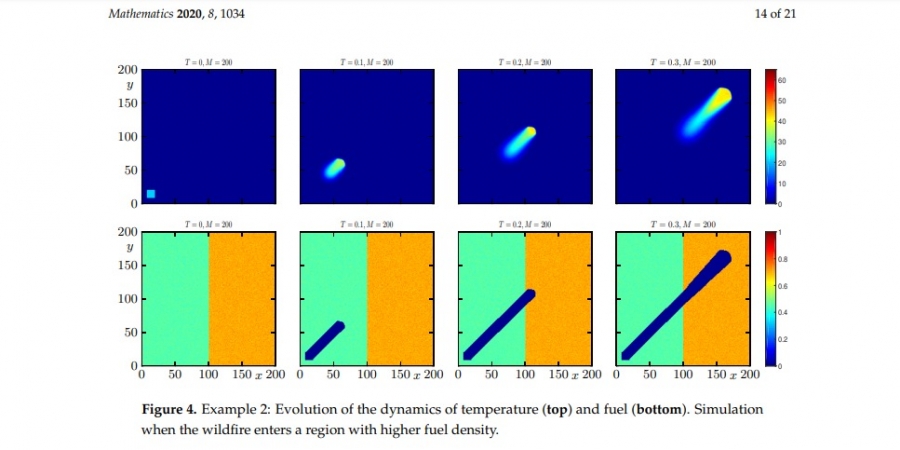