This Friday the annual ceremony for the granting of Doctoral Medals of the Universidad of Concepción, UdeC, was held virtually, in which a total of 97 people who obtained the highest academic degree during the last year were recognized. 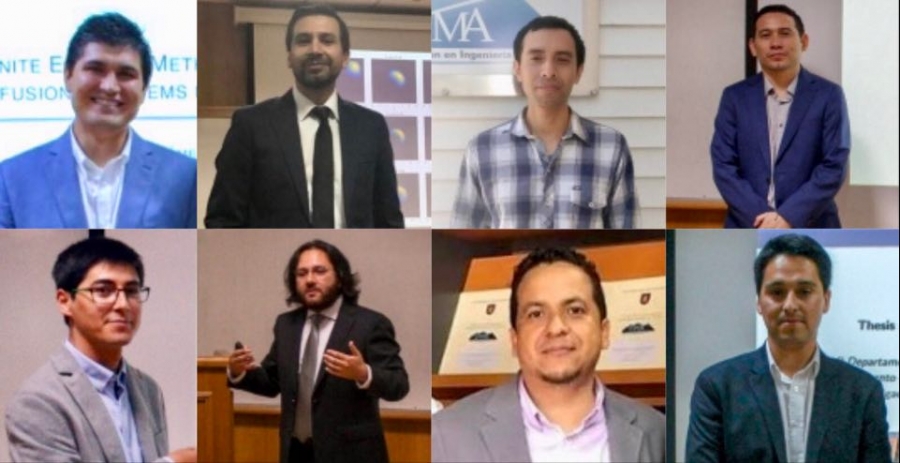 Here is the list of those recognized, along with the title of their thesis and their guiding professors:

The PhD Program in Applied Sciences with a minor in Mathematical Engineering has been taught since 1995 and brings together all the academics active in research from the Mathematical Engineering Department of the UdeC with some researchers from the Faculty of Engineering, and also from the universities of Bio-Bio and Católica de la Santísima Concepción. CI²MA, created in 2009, houses the Program by offering office spaces and seminar rooms to students.

The Program has been continuously accredited since 1999 and, currently, it has accreditation for 7 years until April 2025. The first graduate of the Program graduated in 2000 and, since then, a total of 62 graduates have been trained in it, increasing permanently the presence of foreign students from countries such as Colombia, Costa Rica, Cuba, Ecuador, El Salvador, Paraguay, Peru, Panama and Venezuela.

In this regard, Dr. Rodolfo Rodríguez, who was the Director of the Program until last September, highlighted that “the graduates of the program develop cutting-edge research in areas of Mathematical Engineering, which allows them to publish the results obtained in high-quality journals. For that reason, most of the graduates get academic positions in Chile or in their countries of origin”.

“Another feature that characterizes the program”, adds Rodríguez, “is that practically all of the graduates do their thesis under the co-supervision of a researcher from foreign centers and during their research work they carry out stays in those centers, which it allows them to generate work ties that they typically maintain after graduation”.

For his part, the Director of CI²MA, Dr. Rodolfo Araya explained that “it is a great pride for the Center that there are these new graduates of the doctoral program hosted by CI²MA. This high rate of new doctors is, without a doubt, a sign of the great scientific capacity of the members of our center, in addition to being a contribution to the development of science not only in Chile but also in good part of Latin America”.