12 November 2020: Anahí Gajardo: “The scientific community is a global unit, not an individual one”
CI²MA researcher is part of an interdisciplinary project that seeks to bring science closer to the community

“There is a tremendous need, because people observe the hill, see how the plants develop, the insects that are there, they ask themselves questions, they know what their grandparents and parents have told them, the animals of the hill come to their homes, the children play on the hill”. This is how Dr. Anahí Gajardo Schulz defines the main motivation for formulating the project Citizen Dialogues in Alto Caracol: Urban Bioculture, which was recently favored with a fund of $ 5 million executable in one year, from the Public Science program of the Science and Society Division of the Ministry of Science, Technology, Knowledge and Innovation.

This new state line of financing seeks to promote the socialization of knowledge through actors and institutions, the development of memorable experiences and work with communities; contributing to its social appropriation and, in this sense, for the researcher at the Center for Research in Mathematical Engineering, CI²MA, the role that national institutions must fulfill is “fundamental, because why does a country want scientists if they are going to live in an ivory tower. The town of Agüita de la Perdiz is adjacent to the University, the logical thing is that there is interaction”.

Regarding the responsibility of academicians with scientific dissemination, the also member of the Department of Mathematical Engineering of the Faculty of Physical Sciences and Mathematics of the Universidad of Concepción, UdeC, affirms that, “on the one hand, the role is that the people know what resources for science and development are spent on. This is important, as people are entitled to question it, or at least receive some visible benefit from that investment. On the other hand, the governance of a country requires that there be trust in science, since science is the tool used to make many important decisions, such as applying vaccines at certain ages, or banning this or that product because it is considered dangerous, among others”.

“Nowadays”, Gajardo details, “institutions are in question, science is also questioned, and that generates uncertainty and mistrust. So, we scientists have to approach society and, with respect, make ourselves available to clarify doubts, to exchange knowledge, to also find out what problems are affecting them, because science looks in the long term, but also the present time must matter to it, especially in times like the present, in which the long term does not look very auspicious”, she says.

Regarding the particular responsibility of scientists to carry out scientific dissemination, Gajardo believes that “this is not always possible, and it does not always make sense to do it literally. If the work one does is very abstract or very precise, very in-the-frontier, nobody will be interested in what one tells, and it may even be counterproductive, because the value of scientific work is a bit like that of the artist, it charges meaning only within the context of the scientific development in which it is found. Only some discoveries are obvious evidence for the general public, most do not, and it is not that they have no value, but to appreciate them you need to be ‘in the soup’ where that knowledge is developed”, she details.

“However”, she continues, “one can try to convey the relevance of the area of study in which one is, and why, in one way or another, it has transcendence for all human beings. Well then, working in that area, one is advancing something that as a whole is important. Not all scientists have communicators' skills, that is a gift and an art that is cultivated, it is not necessary for everyone to do it, but then those who do it, must disseminate the work of those who do not. The scientific community is a global unit, not an individual or national one”, she sustains. 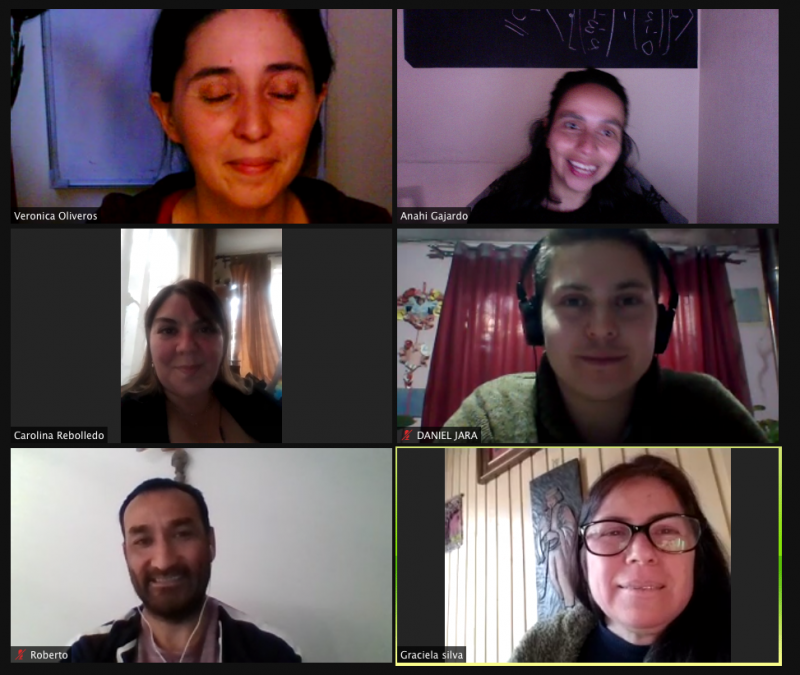 In the implementation of the project Citizen Dialogues in Alto Caracol: Urban Bioculture, a series of workshops will be held that the academician calls “dialogues of knowledge”. “What is sought,” she explains, “is to bring two different groups of people closer to each other: the scientific one and the neighborhood one. Make them know each other, share what they know, what they experience, share worldviews, to enrich each other”.

The workshops will be oriented around five central topics: Biodiversity, Food, Firewood, Water and Traditions. “There will be ten dialogues, five for girls and boys, and the others for families and adults. Each workshop will be led by a resident and a scientist”, the UdeC academician details.

Regarding the use of the resources obtained, Gajardo explains that “they will be used to buy paper microscopes, some reactive and laboratory material, as well as food, since each workshop includes an excursion up the hill. But the biggest investment will be in human resources, since a map of the hill will be made, with key milestones of what we have learned, which will be printed and distributed in the community”.

The project obtained the highest score of those awarded at the national level in category III of the contest, called Development and Dissemination of Local Knowledge, which favors working with a local social organization as a beneficiary. “In our case, it is the Agüita de la Perdiz Neighborhood Board”, explains the scientist and details that Beatriz Cid (Sociology UdeC), Verónica Oliveros (Geology UdeC) also participate in the initiative, and that “the team includes Carolina Rebolledo, current president of the Agüita de la Perdiz Neighborhood Board; Graciela Silva, Director of the Los Sobrinitos Lutheran Kindergarten and Community Center; and Roberto Pacheco, pedagogue, and also has the support of several schools in the neighborhood, and the Center for Sustainable Urban Development, Cedeus, of the Pontificia U. Católica de Chile and the UdeC ”.