11 April 2022: Sedimentation applications promote postdoctoral stay of the CMM at the UdeC
After completing his doctoral studies in Sweden, last March Julio Careaga returned to his alma mater, where he graduated as a mathematical civil engineer in January 2016

Sedimentation problems have motivated the research work of Dr. Julio Careaga Solís, a mathematical civil engineer from the Universidad de Concepción, UdeC, who recently obtained the highest academical degree at the Matematikcentrum of Lunds Universitet, in Sweden. 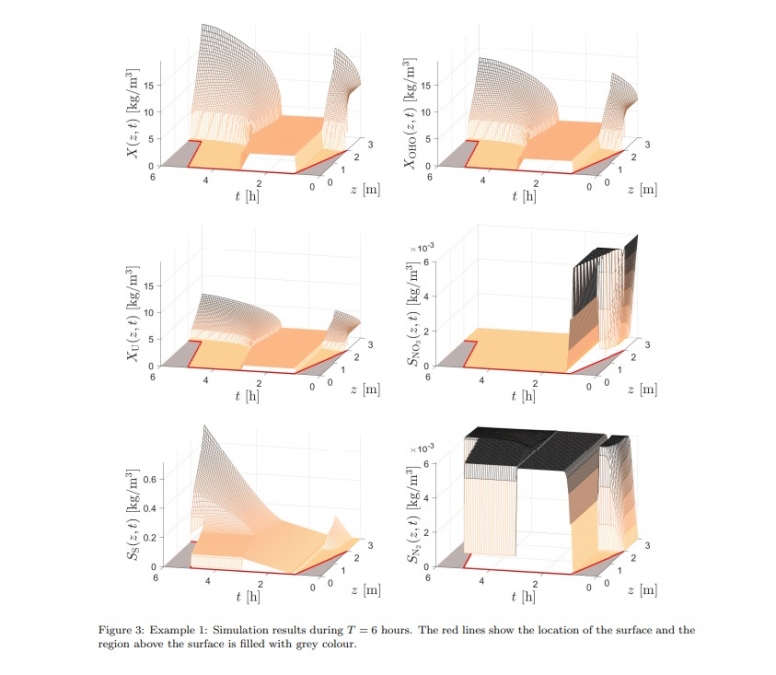 Since his undergraduate studies, Julio has had the opportunity to collaborate with researchers Dr. Stefan Diehl from that Nordic university and with Dr. Raimund Bürger, Sub Director of the Center for Research in Mathematical Engineering, CI²MA, at UdeC. In fact, both co-directed Careaga's memory and thesis research and have maintained a permanent collaboration that has allowed them to co-write a series of articles published in specialized journals in the area, such as A moving-boundary model of reactive settling in wastewater treatment. Part 1: Governing equations, among others.

Currently, Julio holds a one-year postdoctoral position in Concepción, renewable for another, of the Center for Mathematical Modeling, CMM, of the U. de Chile, collaborating on projects whose principal researcher is Dr. Bürger. “I find it wonderful that Julio has decided to take part in this contest and continues to strengthen the line of reactive sedimentation research with its applications in sanitary and metallurgical engineering, among others. In particular, I am very grateful for the support and collaboration that Julio provides to the thesis student Romel Pineda of our program, whose thesis we are directing jointly with Stefan Diehl. On the other hand, I hope that Julio takes advantage of this time to also link up with other groups and researchers”, the UdeC researcher explained.

At Lund, Careaga developed these topics, “looking for options to expand the applications of mathematics in sedimentation problems”, he explains and highlights that the collaboration of years with his thesis directors has allowed much progress to be made in terms of these lines of research.

In the context of this collaboration, the scientist points out that Jaime Manríquez, another mathematical civil engineer from, UdeC, also recently moved to the same Swedish university to collaborate with Professor Diehl. “He was awarded a contest there and, although he does not follow exactly the same applications that we are studying, it is in something related. Jaime studies models for sand filters in water treatment because in Sweden there are plants that work with this system”.

Careaga's challenge for this postdoctoral position at the CMM is, he details, “basically to continue working from the results of the thesis and researching some open questions of a particular model that we have not reviewed so exhaustively, with applications in sedimentation, but seen in another way”.

“We also have inverse problems related to functions or expressions that are used in the equations and thus, based on them, model the entire process and propose a mathematical model for the problems that we are seeing. For example, the last one we worked on was about chemical reactors with sedimentation, where different processes take place inside the tank, and the problem that is obtained has a variable boundary, so it is an interesting mathematical problem to solve”, Julio explains.