11 May 2022: Former CI²MA member joined the faculty of the U. Católica del Maule
Víctor Osores received his PhD in 2019

Last March, Víctor Osores Escalona arrived at the Department of Mathematics, Physics and Statistics, of the Faculty of Basic Sciences of the Universidad Católica del Maule (UCM). He is a mathematical civil engineer from the Universidad of Concepción, UdeC, (2015) and PhD of Applied Sciences with a minor in Mathematical Engineering from the same university, a degree he obtained in November 2019 after defending his thesis Multilayer Shallow Water System for Polydisperse Sedimentation: Theory, Numerical Analysis and Applications, directed by Dr. Raimund Bürger, Sub Director of the Center for Research in Mathematical Engineering, CI²MA, and Dr. Enrique Fernández-Nieto from the Universidad de Sevilla, Spain.

Regarding his thesis, Osores details that “we work on mathematical modeling and design of numerical methods for systems of hyperbolic partial differential equations with non-conservative products and their application to polydisperse sedimentation models”.

“For some time”, Osores says, “I have been doing university teaching and scientific research. I have been able to collaborate with colleagues from the Faculty of Forest Sciences of the UdeC, generating some works with the potential to be published in journals in the area. And at the same time, I was always attentive to open competitions in universities or research centers and applying to those in which I felt that my profile would be a real contribution. I found an open contest at the UCM, I applied and, after a period of interviews, I was selected”, he details about the process of incorporating him as an academician at his new campus, where he will continue to perform teaching and research functions. “I have had some informal conversations with some colleagues from the UCM and I have known his lines of research, and some of them are close to my area of specialization and others in areas that are not very related. I am completely sure that we will be able to collaborate and generate quality interdisciplinary scientific work”. 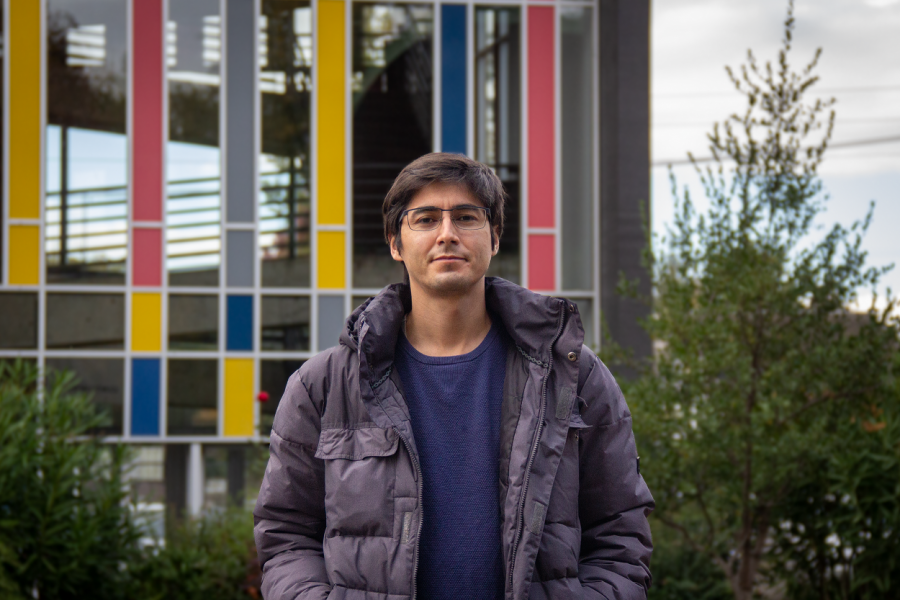 Dr. Bürger stated that “it gives me great satisfaction to know that Víctor's excellent work, carried out as a student and thesis student with his co-tutors, and later as a collaborator with other UdeC teams, has now led to his hiring as an academician at the UCM”.

“He”, Bürger continues, “will make a great contribution to the development of the relatively new undergraduate and graduate programs at this university. This environment will surely contribute to his own development as a professor and a researcher, and he will also have wide open doors to continue collaborating with CI²MA and colleagues from UdeC. In addition to the foregoing, it is added that our relationship with Dr. Enrique Fernández-Nieto is still valid, whom I hope to be able to invite during this academic year and thus conclude some of the pending aspects of Víctor's thesis”.

“I keep collaborations with colleagues from the UdeC and we have some work in progress that we will soon be able to submit,” Osores explains about his relationship with the Corfo project (19BP-117424) led by Dr. Santiago Yépez from the Faculty of Forestry Sciences. “We have continued in conversations and as a result, in December 2021, we published a paper in Water magazine”.

Osores adds that, as of this year, the UCM began to teach the Mathematical Engineering degree and it is, in his opinion, “the reason for hiring an academician with a profile with skills like the one expected to be obtained by a graduate of this new study plan at UCM”. In addition, he highlights that this new plan has “a complete curriculum, oriented to new technologies and current requirements. The graduate will have a strong basis in mathematics, mathematical modeling, and scientific computing, wich is a fundamental tool in the work of a mathematical engineer who is dedicated to mathematical modeling, applied mathematics and the design of numerical methods”, he highlighted.