1 December 2016: German mathematician held a research stay at the UdeC
Scientist collaborates permanently with the sub-director of CI²MA, Raimund Bürger. 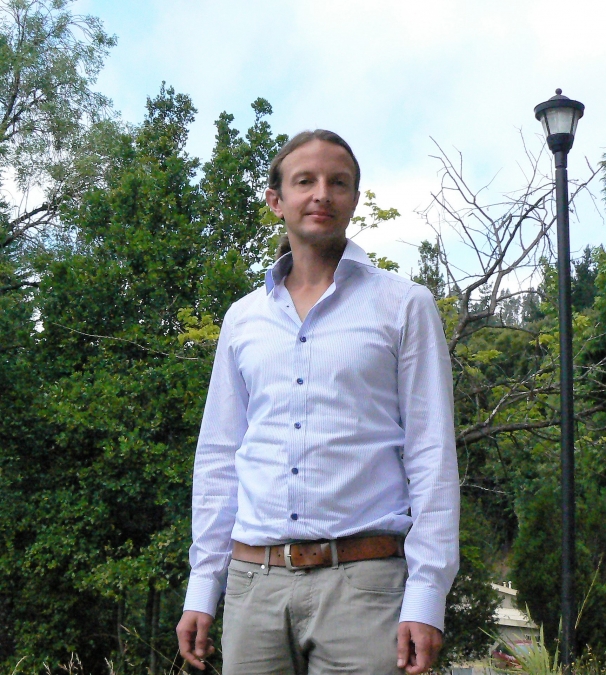 The German mathematician Dr. Ilja Kröker, a researcher at the Institute for Applied Numerical Analysis and Simulation at the University of Stuttgart (Germany), ran from November 11 to December 9, making a stay at the Center for Research in Mathematical Engineering, CI²MA , From the University of Concepcion.

Several years ago, he has worked in collaboration with researchers from CI²MA, especially with the deputy director of the Center and director of the PhD Program in Applied Sciences with the mention in Mathematical Engineering of the UdeC, Dr. Raimund Bürger. As a result of this permanent contact he has participated in the 2010, 2013 and 2016 versions of the WONAPDE (Workshop on Numerical Analysis of Partial Differential Equations), traditionally organized by CI²MA.

"The academic objective of my visit is research on computational uncertainty and the quantification of strongly degenerate diffusion terms. This work contains, on the one hand, the development and implementation of numerical methods and, on the other, the influence of several parameters "This issue is relevant, for example, in the modeling of traffic and sedimentation processes", explained Kröker, about his stay that was financed with funds from the Fondecyt project No. 1130154 of the CI²MA.

The European mathematician also lectured Nonlinear conservation laws with spatial noise, in the context of a new edition of the Numerical Analysis and Mathematical Modeling Seminars, which regularly organizes CI²MA together with researchers from the Department of Mathematics of the University From Bío- Bío

"Real-world applications require consideration of the influence of uncertain parameters on the solution of some nonlinear hyperbolic problem. In particular, the different points of non-linear hyperbolic problems with the terms of the source dependence of time, which were initially The subjects of Holden and Risebro were extensively discussed in the literature during the last decade.Multiple technical applications also need to deal with a flow function perturbed by stochastic noise.In this presentation, we address a law of nonlinear hyperbolic scalar conservation perturbed by said After a brief introduction to spatial perturbed hyperbolic EDPs, we present a numerical scheme and discuss the influence of spatially distributed noise, analyzing several numerical examples", explains the reasearcher.

"These are two images of my current work, both describing the settlement of a suspension that forms compressible sediments disturbed by several random parameters.The objective of this research is the development of a numerical method that allows, on the one hand, to generate efficient computation The figure on the left shows the evolution of the expectation in time, and the one on the right represents the reconstruction of the final state for Several parameters".