18 May 2017: CI²MA Director was awarded Atenea Prize 2016
After 10 years without distinguished scientific works.

A Simple Introduction to the Mixed Finite Element Method Theory and Applications is the name of the text developed by Dr. Gabriel Gatica, director of the Center for Research in Mathematical Engineering, CI²MA, and researcher at the Departamento de Ingeniería Matemática from Universidad de Concepción, thanks to which he was awarded the Atenea Prize 2016 for Best Scientific Work, concourse which receives nominations of Chilean or foreign scientists from all areas and disciplines.

The Atenea Prize was first awarded in 1929 and went on being awarded annually to the most outstanding book of the year in the literary and / or scientific field until 1934, but from 1935 onwards the prize was awarded alternately for the best scientific or literary work, until 1967. Although there were prizes in 1994 and 1997, it is in 2006 when this prize lives a true revitalization and, since then, it is granted alternately each year to literary or scientific works. However, in the last ten years the scientific work category had been declared deserted, which, in the words of UdeC vice Rector, Dr. Bernabé Rivas, enhances the quality of Dr. Gatica's book.

“From the jury, unanimously, it was decided that this should be the awarded work and there was no space to consider the possibility of sharing the prize with another applicant. We know Dr. Gabriel Gatica because he is a distinguished academician of the Facultad de Ciencias Físicas y Matemáticas and director of a research center such as CI²MA, which has a great renown not only in Chile but also internationally. And he himself, through all his scientific experience has become a world reference in his discipline. This is very relevant because, in science, it is certainly a great achievement to publish manuscripts in various scientific journals, but the works that become chapters of a book or, as in this case, a book, are less frequent, which implies an additional value to the work of Dr. Gatica”, said the university authority who delivered the prize to the award-winning researcher. Rivas also emphasized that the award-winning work “is a book with original research content, published in one of the most prestigious scientific textbooks in the world, such as Springer, which has exceptional publishing committees”.

The awarded researcher dedicated the prize to his father-in-law, in an especially emotional part of his acceptance speech. “I dedicated my previous book to my parents, my wife and sons. But this prize will be dedicated to a person who is older than this University, which has just turned 98 years. I dedicate it to my father-in-law, Don Luis Aurelio Gómez Muñoz, who says he is 103 years old, but I calculate, he must be about 105 or maybe more. This dedication goes with great affection and recognition to him who has been a great grandfather to my children”.

Gatica also had words of recognition for academicians who have branded his career, especially in its early stages, such as Professor Hermann Alder Weller who, Gatica said, “was one of the founders of Numerical Analysis in Concepción, fact that is endorsed in the book’s dedication. He was the one who showed me the first glimpses of Numerical Calculus, in a course during my second year at the University. I also highlight Professor María Cristina Bustos, who taught us an introductory course to the finite element method, which is precisely the theme of this book”.

As for his relationship with the city of Concepción and the UdeC, Gatica told how his first experiences were, which included trips in interprovincial buses charging the tickets on a bus driven by his father, and how he entered the nascent career of Mathematical Engineering. “At first, I was a little disappointed by the fact that I was not awarded the Enrique Molina Scholarship, even though I had very good grades and something like 805 points as my entrance score. I was a bit angry with my University for a while, but later on I was able to access diverse benefits, including stepped tuitions, scholarships and university credit. Here I made my first friends and I met who my wife is today. In addition, at the end of the undergraduate program, in 1982, I was awarded the University Prize, being the first student of Ingeniería Matemática to gain it. Thanks to this award I was able to pursue master studies for free”, he recalled.

“At that time, I had already heard about Professor Hubert Mennickent and his experience began shaping in my own career. Being the director of the Department, in 1984, he sent a memorandum highlighting an ISI publication, one of the first to be achieved. I was an instructor and had not yet published anything, but I was always motivated by the idea of researching. Later, I left to the United States to do my doctorate program, counting on the scholarship that the University granted me which consisted of maintaining my remuneration, fact for which I have been always grateful”, said the academician, who, at his return from US, was part of a team responsible of the creation of the new Departamento de Ingeniería Matemática that came to light in 1993, and of which he was also its first director for six consecutive periods until 2005, when he managed a significant number of personnel contracts and the creation of the Doctorate in Applied Sciences with a mention in Mathematical Engineering (1995), which he also directed at first, until he later transfer this role to academician Rodolfo Rodríguez. Afterwards, in 1999 Gatica was the first mathematician to achieve the Municipal Science Prize, being proposed by the University. “I have been lucky to be settling up some milestones, of being in the right place and moment”, he said and then made a recognition to his students. "They are also part of this prize”

Gabriel Gatica, was born in San José de la Mariquina, but grew up in Temuco, moving to Concepción at the time of beginning his studies in our University. He is a Bachelor in Mathematics (UdeC, 1980) Mathematical Engineer (UdeC, 1982), Master in Mathematics (UdeC, 1985) and PhD. of the University of Delaware (United States, 1989). Currently, he is the third most prolific mathematician (58 articles published) and quoted (341) nationally, from 2008 to present, according to the Dataciencia ranking of Conicyt, thanks to which he completes now about 150 papers in his whole carrer.

“It seems very relevant to me that Revista Atenea gives its award in turn to scientific works, because the message it is transmitting to society is that science is also part of the culture. The media must also move into action about this, they should already have scientific journalists, especially in a city with already several important universities, as ours”, Gatica emphasized. 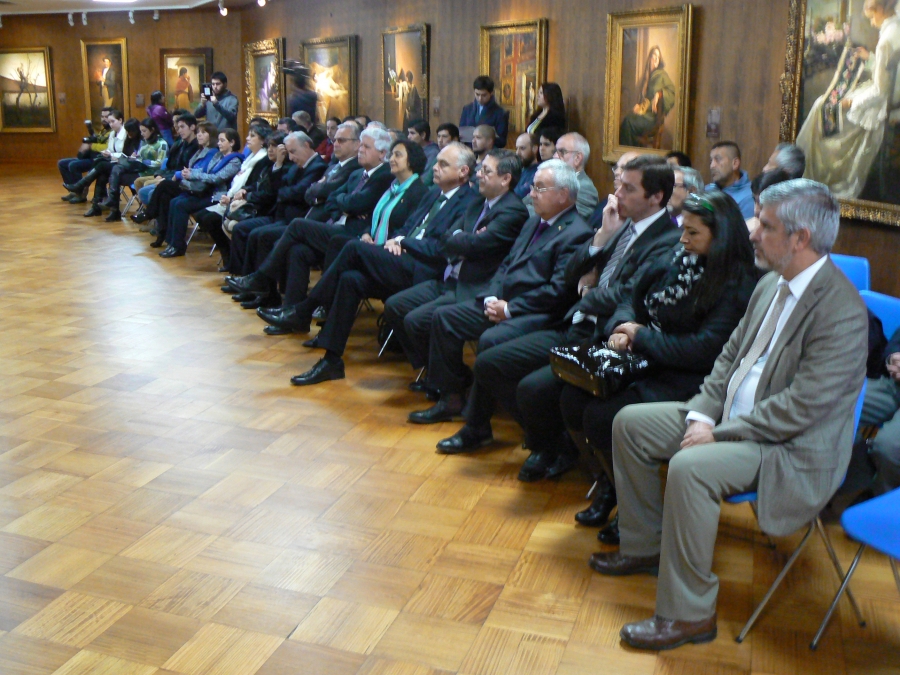 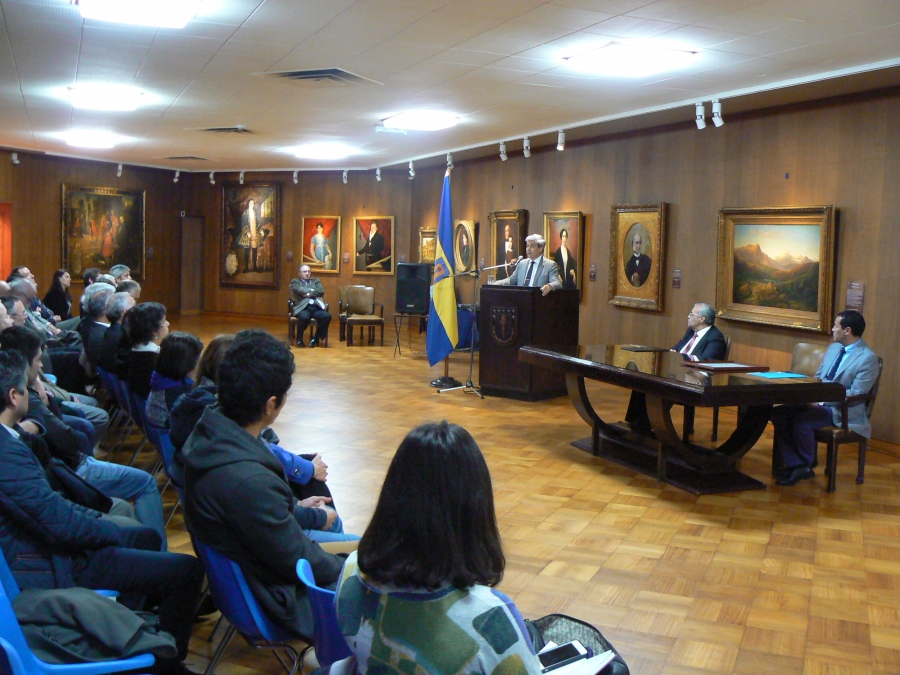