7 June 2017: Academic from the Universidad de Chile presented in CI²MA Seminar
José Correa is a researcher at the Industrial Engineering Departament.

Last Friday, the 2nd of June, a new version of the Hubert Mennickent Seminary of Applied Mathematics was held at the Universidad Católica de la Santísima Concepción (UCSC). This seminary is a space of discussion of cutting-edge studies regularly organized by researchers from the Center for Research in Mathematical Engineering, CI²MA, Gabriel Gatica (UdeC), Jessika Camaño (UCSC) and Luis Gatica (UCSC). 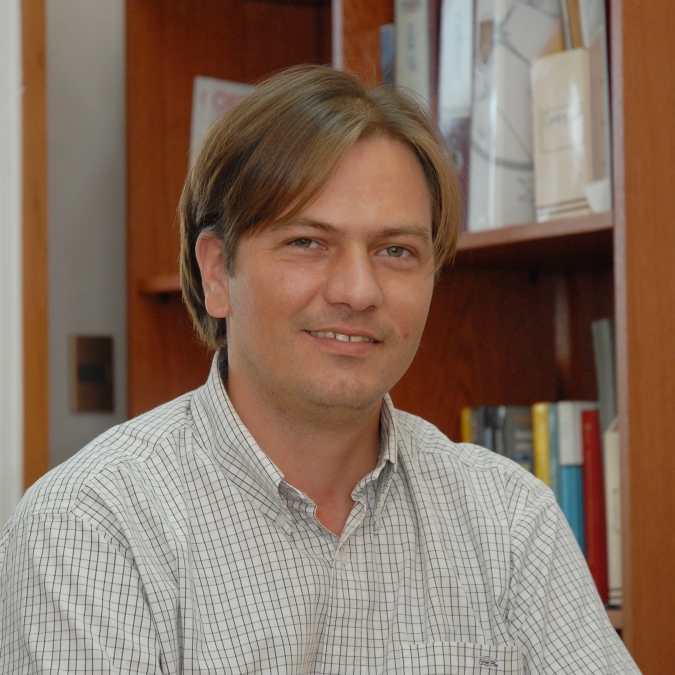 On this occasion, the guest speaker was Prof. José Correa, academic researcher and full professor at the Departamento de Ingeniería Industrial, and director of the Master of Science in Engineering with a major in Operations Management program at the Facultad de Ciencias Físicas y Matemáticas of the Universidad de Chile.

In his talk, titled Equilibrium for dynamic network flows, the speaker made a review of the latest results obtained in his research concerning the existence, uniqueness and computational applications, among other issues, of equilibria in the dynamics of network flows, based on a novel model recently developed.

Prof. Correa is an Universidad de Chile mathematical engineer (1999) and a Massachusetts Institute of Technologies (MIT) Ph.D. In Operations Research (2004). He has been leading several research projects and participating in several Núcleos Milenio. He has supervised and co-supervised master and doctoral theses and led postdoctoral researchers. His main research lines are Combinatorial Optimization and Game Theory and he has obtained relevant awards such as the TSL Best Paper Award (United States) and being a finalist for the Tucker Prize of Mathematical Optimization Society (USA). In addition, Prof. Correa is part of the editorial boards of the journals Mathematical Programming, RAIRO - Operations Research and Operations Research.

Regarding his own education and the multidisciplinary approach he has given to his academic activity, Prof. Correa affirmed that “I am a mathematical engineer, I was trained in the Optimization area as an undergraduate and then I did my PhD studies in Operations Research and I still work mainly on Operations Optimization and Game Theory in a more theoretical way than an industrial engineer would, but in a more applied than a mathematical engineer would. In addition, because of the subjects I have studied, I have worked with several different specialists such as theoretical economists, industrial engineers, computer scientists, among others”, he explained. “When you begin to address complex problems that are relevant to society, you cannot study them from a single perspective, thinking that it can be solved with mathematics only” he said.

Concerning research lines that could be developed from the results he presented in his talk, Prof. Correa explained that “it would be interesting to add something of stochastics or noise to the model, which would enrich it. It is difficult to find direct applications of the model, maybe save for something related to routing packages on the Internet. It is a model of equilibrium to solve static problems and the challenge is to start developing dynamic models that allow us to solve more complex problems”.

As for his opinion about CI²MA, Prof. Correa stressed that “there are very good international level researchers in several areas of Applied Mathematics here, you have participation and collaboration by academics from different and relevant universities, as well as excellent students, and you have become one of Applied Mathematics research poles”, the academic said.