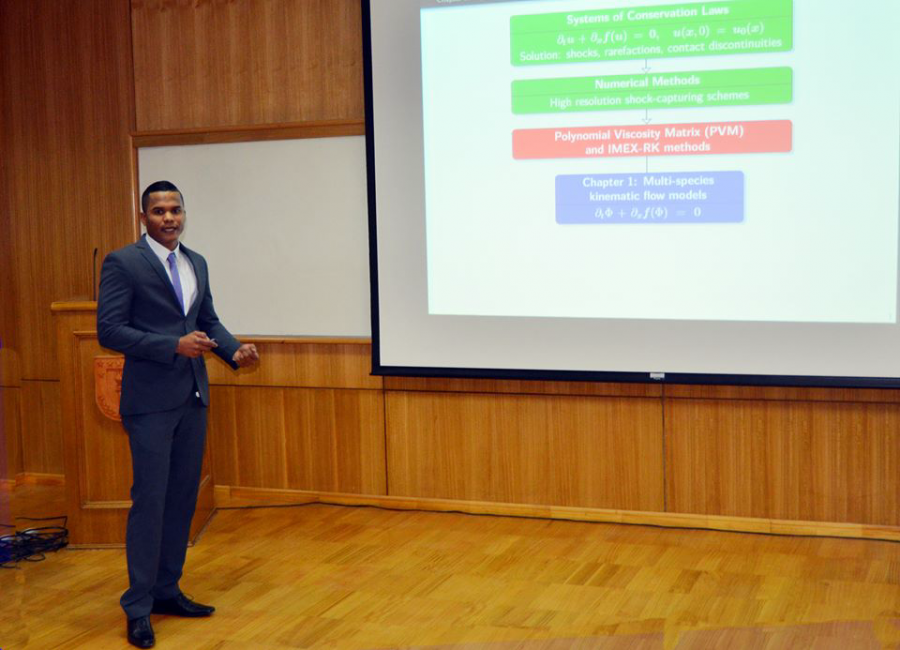 On Friday, July 7, Lihki Rubio orally defended his doctoral thesis, upon whose approval  he achieved the academic degree of Doctor on Applied Sciences with a minor in Mathematical Engineering of the Universidad de Concepción, UdeC. In his research he adressed the use of the Polynomial Viscosity Matrix (PVM) method for the efficient discretization of the convective term of hyperbolic systems of conservation laws and convective diffusion systems. “This method considers viscosity matrices that result from polynomial evaluations of Roe matrices and for its realization it does not require knowing the eigenvalues of the Jacobian matrix of the flow function associated with each of our models of interest” Rubio says. He also emphasizes that this research has led to three papers, one of which is already published in the journal Numerical Methods for Partial Differential Equations.

“Each chapter of the study has a common denominator which is the efficient discretization of the convective term of hyperbolic systems of conservation laws and convection-diffusion systems”, Rubio explains, regarding his thesis presented before the examining commission under the name A contribution to the study of efficient numerical methods for some multi-species models in one dimension, which was co-directed by Raimund Bürger (UdeC) and Pep Mulet (Universitat de València, Spain).

In his research, the then PhD candidate of the Center for Research in Mathematical Engineering, CI2MA, addressed different models whose behavior is captured by the type of systems he studied. “For example, sedimentation for glycerol/biodiesel droplet dispersion, in which gravity sedimentation is used to obtain a separation process whose ultimate goal is to extract small drops of glycerol from biodiesel with the intention of obtaining a high quality fuel. In addition, we studied models for liquid chromatography, which is a strong tool used in chemistry for the separation of mixtures composed of several different chemical substances. Finally, we also analyzed models of sedimentation for solid-fluid separation and of vehicular traffic”, Rubio says and explains that “the obtained results in each one of the simulations of the mentioned models using the PVM method are quite efficient compared to those that traditional methods deliver”.

As for the most relevant results of the study—funded by a scholarship from the MINEDUC UCO 1202 project (REDOC.CTA) and then by the Doctorate Scholarship of the Advanced Human Capital Training CONICYT Program—Rubio highlights “the design of two new versions of PVM methods which eliminate strong oscillations that can occur in kinematic models, due to the violation of the stability condition of the PVM method that occurs when our greatest eigenvalue in absolute value is close to zero”.

On the other hand, the new PhD emphasizes that “the new PVM methods designed for the discretization of the convective term were used for convection-diffusion problems, and the known IMEX Runge–Kutta linearly implicit methods were used to obtain an efficient solution for these systems” and further states that “an appropriate treatment was made for the temporal discretization of the liquid chromatography model to avoid the loss of order in time caused by a certain discontinuous function that simulates the concentration of mixture that was injected into the chromatographic column”.

As for future work that could arise from the results of the present research, Rubio emphasizes that he is interested in addressing scenarios with discontinuous diffusion coefficients as well as multidimensional problems, in addition to “continue working in the  Numerical Methods for PDE research line and carry on with the avenues for future work that are proposed in my thesis. I also hope to dip into other disciplines related to those addressed in my studies, with the intent of expanding my opportunities in the employment market”, he says. 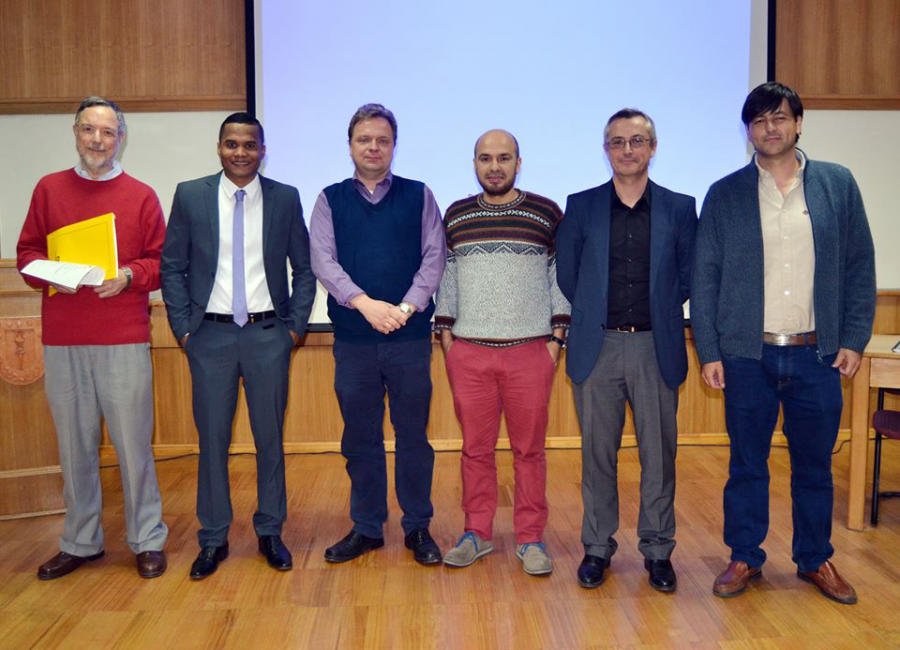