An important phone call was received this tuesday by external associate researcher of the Center for Research in Mathematical Engineering, CI²MA, Universidad de Concepcion, and academician of the Department of Mathematics of Universidad del Bío-Bío, UBB, Ricardo Oyarzúa. On the other side of the telephone line was UBB Rector, Héctor Gaete, announcing that he had been selected to receive the 2017 Research Excellence Award in the Young Investigator Award category.

"They analyzed information related to the research activity of the applicants, so I included data such as the citation indexes that my papers had, as well as the number of pre and postgraduate students that I have directed and all the information related to my doctorate and postdoc, in addition to my participation in workshops and other invitations to give lectures in Chile and abroad. We were evaluated by a committee formed by the General Director of Research, Development and Innovation, Mario Ramos, and Sergio Acuña, Research Director, as well as others researchers that have received the Prize for Excellence in Research in previous years", Oyarzúa explains about this recognition that have been granted since 2010. 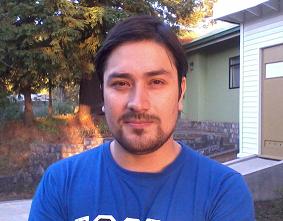 His main research interests, all them within the area of Numerical Analysis of Partial Differencial Equations in Continuum Mechanics, and thanks to which he has already published about 30 papers in international journals, include Mixed Finite Element Methods, Discontinous Galerkin Methods and A posteriori Error Analysis.