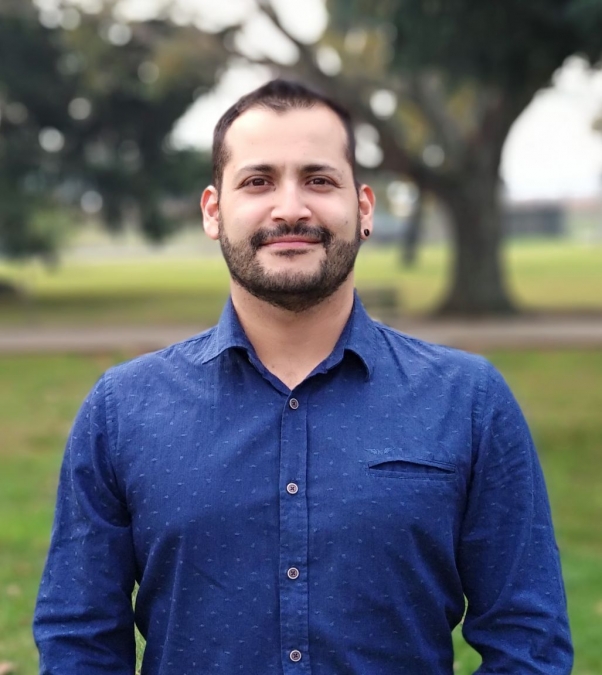 Fondecyt has recently published the results of the 2019 Initiation Contest, which seeks to support those who are starting their scientific careers, in the development of research between two and three years long, a public initiative that finances research projects in all areas of knowledge since 2006. This year, the contest received 1,130 applications nationwide, awarding financing to 33.5% of them, with an investment of 28,376 million Chilean pesos. One of the beneficiaries of this initiative is Dr. Eligio Colmenares, who in 2016 the obtained PhD degree in the Doctoral Program in Applied Sciences with a minor in Mathematical Engineering from the Universidad de Concepción, after defending his thesis Mixed Finite Elements Methods for the Stationary Boussinesq Model co-directed by Dr. Gabriel Gatica and Dr. Ricardo Oyarzúa, researchers from Center for Research in Mathematical Engineering, CI²MA.

The project currently conducted by Colmenares is entitled Analysis of Finite Elements Methods for Convection Phenomena in Fluid Dynamics and its purpose is “to develop, build, analyze and implement computational techniques based on finite elements to simulate various convection phenomena caused by differences of heat, concentration gradients, movement of microorganisms in microbiological cultures or multiple combinations of these, and which are modeled through systems of Partial Differential Equations nonlinear and coupled and whose applications cover diverse areas of science, including geophysics, oceanography and applied micro-biology but they also appear in various industrial technological applications”, the researcher details. Colmenares explains that, on the one hand, the project is a natural continuation of his PhD thesis. “We seek to extend our results to problems that are similar to the Boussinesq model that we have already been studying but that present new theoretical and computational complications. This, in turn, has led to the formation of human capital through joint management with Professors Gatica and Oyarzúa of several undergraduate and postgraduate theses, some already completed and others in progress, at the UdeC and the UBB”, he emphasizes.

The academician, who currently works in the Department of Mathematics of the Faculty of Sciences of the Universidad del Bío-Bío, Chillán, explains that “in the project I also propose new methodologies that I have been exploring with international cooperation with my collaborators Dr. Mario Álvarez (Universidad de Costa Rica) and Dr. Filánder Sequeira (Universidad Nacional, Costa Rica), both graduates of my same PhD program at the UdeC and also directed by Professor Gatica. Particularly, we are interested in combining the methodologies that we have developed separately in our latest works to build, not only numerical techniques with the same characteristics, but also derive fundamental properties such as energy conservation and stability”. Colmenares values ​​the award of the Fondecyt Initiation funding very positively because “it is an incentive for me, since it encourages me to increase productivity, through the generation of joint research projects and the direction of undergraduate and postgraduate thesis. In addition, it will give me the possibility of conducting research stays with some collaborators in the United States and Europe with whom I have always had the will to work with, to continue my training as a researcher”, he points out.