25 November 2019: Spanish mathematician made a brief stay at CI²MA
Academician from U. of Seville has long collaborated with our Center

For a week, Enrique Fernández-Nieto, prominent Spanish academician who is part of the Department of Applied Mathematics I & IMUS of the la Universidad de Sevilla, achieved a research visit to the Center for Research in Mathematical Engineering, CI²MA. Fernández-Nieto permanently collaborates with the researcher of the CI²MA, Raimund Bürger, and recently, they both co-directed Víctor Osores thesis, who has obtained his Ph.D degree at the Doctorate Program on Applied Sciences with a minor in Mathematical Engineering from Universidad de Concepción. One of the reasons for Fernández-Nieto's visit was precisely to attend this thesis exam.

Among the activities carried out by the Iberian researcher during his stay in our city, he gave a talk named On the Saint-Venant-Exner model with arbitrarily sloping sediment beds, in the context of a new version of the Seminar on Numerical Analysis and Mathematical Modeling, SANMoMa, which is regularly organized by researchers of CI²MA. “This talk presents a formal deduction of the Saint-Venant-Exner model through an asymptotic analysis of the Navier-Stokes equations. A multi-scale analysis is performed to take into account that the velocity of the sediment layer is less than that of the fluid layer. Then, a correction of the classic models is proposed. In addition, a bilayer type model is presented in shallow water, which can be considered to describe the transport of bed load sediments for strong and weak interactions between the fluid and the sediment; in addition to showing several numerical tests, to study the evolution of a dune in terms of the angle of repose of the material”, Fernández-Nieto explained. Some areas of research interest for this academician, with potential for development of applied formulation, are the study of underwater avalanches and the generation of tsunamis, sewage systems and polydispersed sedimentation models, among others.

Fernández-Nieto research stay, which lasted from November 17 to 23, was funded by the CMM-Basal projects (CONICYT / PIA / AFB170001) and the Center of Water Resources for Agriculture and Mining, CRHIAM (project CONICYT/FONDAP/15130015), in which Raimund Bürger participates. “We hope to be able to advance in the completion of two works that are part of Victor's thesis, in addition to thinking about future joint research topics that could include other students. Enrique's research topics are highly relevant for the complex geophysical phenomena that occur in Chile”, CI²MA researcher explained about the purposes of this visit. 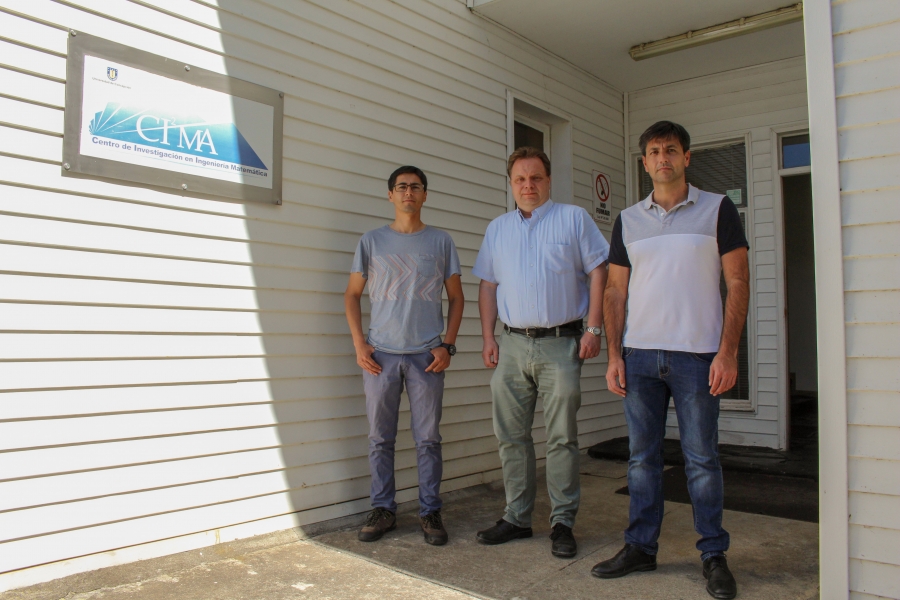