Ricardo Ruiz-Baier researcher of the Institute of Mathematics of the University of Oxford, United Kingdom, past two week in Concepción, to collaborate in various studies in which he participates with academicians from Universidad de Concepción (UdeC), Universidad del Bío-Bío (UBB) and Universidad Católica de la Santísima Concepción (UCSC). This visit was funded by Further Applications of Hybridizable Discontinuous Galerkin Methods for Linear and Non Linear Problems in Continum Mechanics (Fondecyt 1181748) project led by the researcher of the Center for Research in Mathematical Engineering, CI²MA, and academician from Department of Applied Mathematics and Physics from UCSC, Luis Gatica. “The stay of Professor Ruiz-Baier aimed to study the application of high-order methods (HDG) for the numerical analysis of problems from physical processes where mechanical deformations and diffusion of solutes occur simultaneously, such as in metallurgy and biomedicine. In this direction, the collaboration with Professor Ruiz-Baier proved to be very fruitful, because it was possible to make significant progress in this study, as well as having important advances in a second work where, together with Ricardo Oyarzúa (UBB), we analyzed the application of a mixed method to a problem in cardiac biomechanics. Another relevant aspect of this collaboration is the availability of Professor Ruiz-Baier to participate in thesis co-directions of students of the UCSC Master's Program in Applied Mathematics in the near future, an initiative that will undoubtedly favor the graduation profile of these students”, Gatica said.

Ruiz-Baier –first Chilean scientist to achieve the Professor status in the prestigious University of Oxford- permanently collaborates with researchers at CI²MA, such as Raimund Bürger (UdeC), Gabriel Gatica (UdeC), Luis Gatica (UCSC), Ricardo Oyarzúa (UBB) and Verónica Anaya (UBB), among others. “Currently, I am co-directing two theses with researchers here, Drs. Raimund Bürger and Gabriel Gatica, so we are always in remote contact and, at least once a year, I visit them or one of my other collaborators from UdeC, UBB or UCSC, all of them members of CI²MA”.

One of the events carried out by Ruiz-Baier in Concepción was to give the talk Coupling mechanics and diffusion through stress: Modeling, numerical methods, and (only some) analysis about the results of his studies with applications as wide as industry and medicine. “In this study, we present a family of mathematical models for the simulation of active contraction of cardiac tissue using stress-assisted conductivity as a mechanism for mechanical-electrical feedback. In addition, we explore the properties of the model, along with the importance of coupling variables, through a few computational experiments. These results suggest that stress-assisted conductivity induces an additional degree of heterogeneity and anisotropy in the propagation of transmembrane potential, produces changes in conduction velocity and spiral wave drift”, Ruiz-Baier explains. This talk was gaven in a new session of the Hubert Mennickent Seminary of Applied Mathematics, which is traditionally organized by CI²MA researchers and academicians from UdeC and UCSC.

The academic details the purposes of his research stay in Concepcion. “With Luis Gatica, we started working on a new topic, of which, although I have already developed some theoretical aspects with students from the Center and Oxford and other more experimental aspects with people in Rome, it still has a lot of potential in the aspect of diffusion coupling in cardiac tissue, considering the efforts generated in the elastic medium as an anisotropy precursor in electrical potential transport. Applications of this arise in the study of coupled phenomena such as heart electro-mechanics, which give rise to the potential improvement of devices such as pacemakers, sudden death treatments, arrhythmias re-synchronization; all phenomena that have to do with isolated things, but also with things that happen by the interaction of several phenomena at the same time”, he details.

“Many of the phenomena that we can see, for example, in the solids formation, in water, in the air, movement generation, matter transport, mass transfer, can be described by very basic physical laws, but by carrying them to a mathematical description, they present a very complex resolution, so we have to recourse to approximation techniques. However, these phenomena also occur out of our sight, for example, inside the human body, some at visible scales and others at microscopic scales, and we can ‘stretch’ the physical and mathematical theories that we have, in order to explain them. In many of the problems currently existing, which not only have a specific applicability, but simply allow us to understand how they happen, what we do is try to explain them with the tools we know, or we must create more theory and that includes elements of very advanced mathematics”, Ruiz-Baier explains, who in 2020 will move to Melbourne in Australia, to occupy a position of Associate Professor at Monash University.

The results of the studies in which Dr. Ruiz-Baier participates can be applied to the most diverse problems and also arise from different areas. “Since the Renaissance, there have been people who related natural phenomena, for example, with mathematical equations, and that has been sophisticated over time. New aspects appear because we now manage to observe phenomena through experimental technologies, and there are many things that we can now confirm and others that we still do not understand, in which mathematics can be applied”

Dr. Ruiz-Baier is a world reference in his research areas and he explains that science permanent challenge must be to move the bounds of what is possible forward. “The knowledge frontier is not only to get somewhere and see that there is nothing beyond it, but also to realize what can be solved by being on that border, perhaps in a very similar way to how a problem was previously solved, problem that probably resembles the current one in some aspect, the application of known techniques and whose effectiveness has been tested, for the resolution of other new challenges. The beauty of this is in the originality and in the difficulty, not necessarily in the application. In the case of cardiac activity modeling, the beauty is to be able to contribute on solving of applied problems that come from real life, to give more concrete solutions”.

Regarding the applications of the studies he is currently developing, the scientist explains that, for example “in biomedicine, there are phenomena or external responses that we see as blood flow, the ejection of blood from the heart, it is something that can be measured mathematically. For example, through these methods, you can also study the arrhythmic effects on the heart electrical activity. The association between both phenomena is very complex to describe using rigorous theoretical mathematical tools and that is what we want to achieve: to find the connection between the observable rate of blood ejection towards the rest of the arterial system with the arrhythmia phenomena. All these mechanisms are interconnected at macro and microscopic level with chemical, physical and biological interrelations that can be described by equations. And that is what we are working on: refining the rigorous theory”.

In spite of the fact that the obtained advances are still very preliminary, in the intermediate and long term, the conclusions are expected to have an impact in the international regulatory setting. “For example, the FDA uses mathematical modeling to study the effect of certain drugs on the performance of the heart. So, if they are using a not precise enough mathematical model to take some decisions with national impact and of public policies and investment in certain medicaments, this represents a great development potential, adding elements to the model, for example, the deformation of the tissue, and not only the electrical activity, because it is not the same to measure the activity of something that is immovable, than to do it in something that is moving, and in large deformations such as the one experienced by the heart, it is very important to make this difference. We are still quite far from direct application in new therapies or new medications, for example. We have been able to describe certain chemical connections at the intracellular level, but there is still a long way to improve these ideas”. 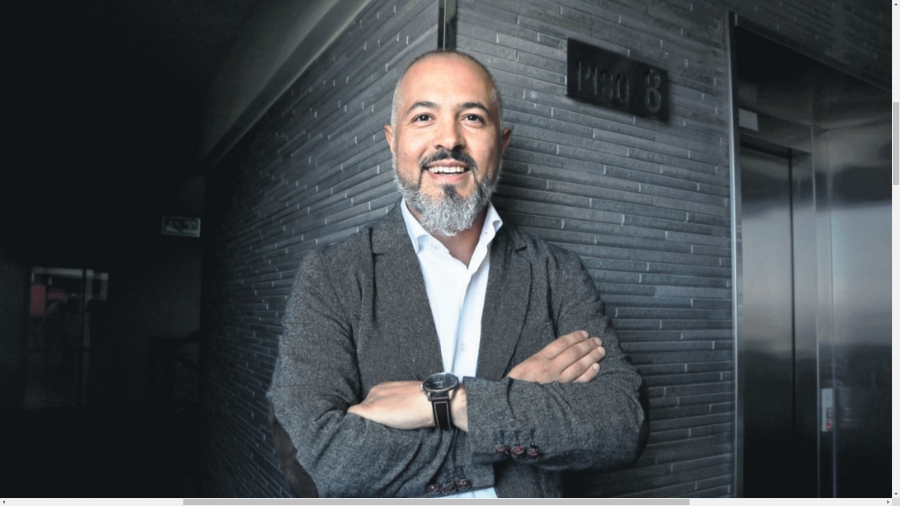