27 January 2020: Scientists from France and Brazil visited CI²MA
They participate in the Fondecyt project led by Diego Paredes of the UdeC 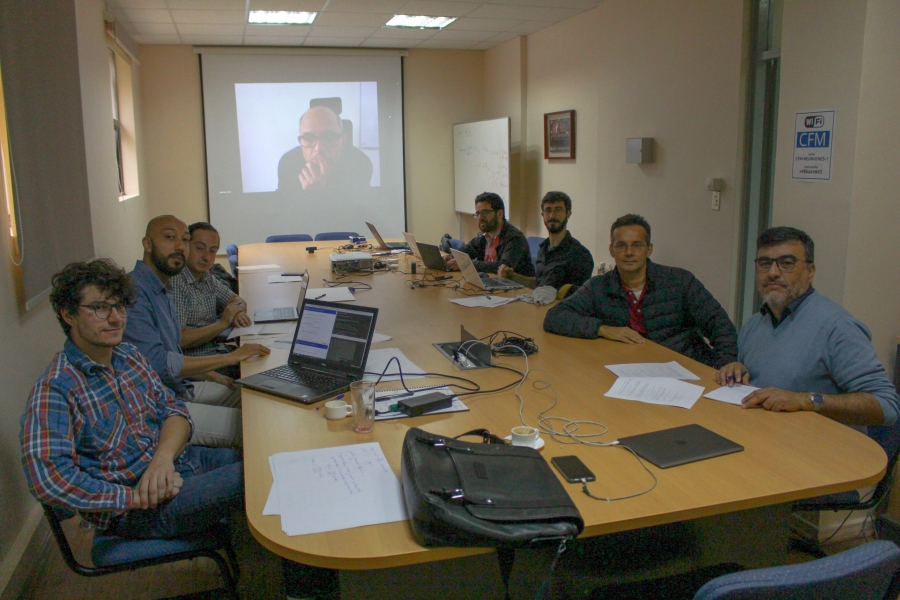 Between January 7 and 24, they conducted a research stay at the Center for Research in Mathematical Engineering, CI²MA, Weslley S. Pereira postdoctoral scientist of the Department of Mathematics at the Federal University of Juiz de Fora, Brazil, and Theophile Chaumont Frelet, researcher at Nachos Project-Team of INRIA Sophia-Antipolis Méditerranée, France. The stays of both visitors are partially funded by the Fondecyt 1181572 project, called New Developments in Multiscale Hybrid-Mixed Finite Element Methods, led by the academician from the Department of Mathematical Engineering at the Universidad de Concepción, and CI²MA researcher Diego Paredes. “They both participated in the third annual workshop of the PHOTOM project (mathAmSud) of which I am the coordinator in Chile and of which, CI²MA colleagues Manuel Solano and Rodolfo Araya are also members”, Paredes explains.

Regarding how the possibility of collaborating with them arose, the CI²MA researcher explains that both have previously worked with who was his doctoral thesis director in Computational Modeling in 2013, at the National Laboratory of Scientific Computação, LNCC, (Brazil): Frédéric Valentin. “Starting from the results obtained on my thesis, other researchers were added to a growing research group, with international interactions in which more than one project has been developed in conjunction with researchers from France, such as Theophile Chaumont”, Paredes detailes. The objective of the workshop is to share the main results and projections of the research that the group's scientists have been developing during the period. “This is the last meeting, because the project is already closing, so we looked forward to generate a joint work plan that allows us to maintain this collaborative network. We are looking for new sources of financing which allows us to maintain our collaboration dynamics”, CI²MA researcher says.

Among the topics addressed by this international group of scientists, the modeling of electromagnetic waves in photovoltaic solar cells stands out. “In particular, we work on numerical analysis, so the objective of our group is to produce numerical methods to properly approximate the solution to the equations used to model the physical phenomena that occur within the photocells”, Paredes explains. Weslley S. Pereira explains that, during this visit to the UdeC, he has been particularly working in “advection-reaction-diffusion equations and we have been trying to adapt and connect them with the problems addressed by this research group. This specific research is the result of collaboration between researchers from Brazil and Chile. In other lines of research of the group, Inria colleagues also participate”, details the Brazilian mathematician. For its part, Theophile Chaumont emphasizes that “the PHOTOM project is the third project that we have developed in collaboration between colleagues from France, Brazil and Chile. It is a group of researchers that have different techniques and knowledge, so we complement each other. For example, Diego and Frédéric are specialists in multi-scale methods and we in my team, work a lot with electromagnetic waves; Manuel is a specialist in solar cell issues”, Chaumont says.