18 March 2022: CI²MA researcher directs project with various applications in vehicular traffic, population dynamics and epidemiology
Luis Miguel Villada of the UBB leads an initiative in which scientists from Colombia and France also contribute

According to what was reported in the last days of February, this year eight projects of international association were selected by the MATH-AmSud contest, a regional program of scientific-technological cooperation in which researchers and institutions from Argentina, Brazil, Chile, Colombia, Ecuador, Paraguay, Peru, Uruguay, Venezuela and France participate to promote and strengthen collaboration and the creation of research and development networks in the field of Mathematics, through joint projects. 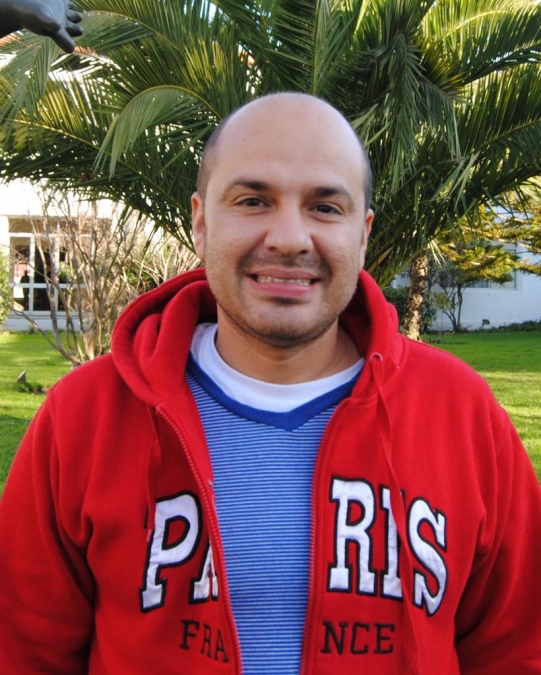 One of the initiatives that will receive this funding is called NOTION: NOn-local conservation laws for engineering, biological and epidemiological applications, directed by Dr. Luis-Miguel Villada Osorio, an academician at the Universidad del Bío-Bío, UBB, and a researcher from the Center for Research in Mathematical Engineering, CI²MA, of the Universidad de Concepción, UdeC.

The team of researchers is completed by Paola Goatin (INRIA-Sophia-Antipolis-Mediterrane, France), Christophe Chalons (University of Versailles, France), Abraham Arenas (University of Córdoba, Colombia), and Raimund Bürger, UdeC academician and Sub Director of the CI²MA. “This new challenge is the natural continuation of the previous collaboration with researchers Goatin, Bürger and Chalons, in particular the Inria Associate Team NOLOCO project (2018-2020) aimed at studying high-order numerical schemes for Conservation Law Systems with emphasis on sedimentation and vehicular traffic models and that, in addition, now intends to address new topics in numerical analysis for epidemiology problems in collaboration with Professor Arenas”, explained Villada, also a researcher at the Center for Mathematical Modeling.

“This kind of initiative is at the very core of our work as a research center. Contact with researchers from all over the world is very important for us in order to publicize our advances and to learn from scientific experiences in other parts of the world. Go for Drs. Villada and Bürger our most sincere congratulations and best wishes for success in the development of this project”, Dr. Rodolfo Araya Durán, Director of CI²MA, highlighted.

“This project aims to address the analytical and numerical challenges mentioned above, focusing on engineering applications (sedimentation, traffic, population dynamics, etc.) and biological and epidemiological phenomena; and it will also allow research stays for the researchers and thesis students involved”, Villada detailed.

"Conservation laws with a non-local flow function”, deepened the scientist, “which depend on integral evaluations of the quantities conserved, arise in several models that describe engineering, biological and epidemiological applications" and, in this sense, explained the Doctor in Applied Sciences with a mention in Mathematical Engineering from the UdeC, "the new challenges of this project”, he continued, “focus on developing, analyzing and implementing new mathematical models based on systems of non-linear and non-local partial differential equations”.

These models have applications in various problems: vehicular traffic, such as a study of models in networks, multilanes, double lanes and those where the speed is discontinuous; pedestrian dynamics, as a study of models that allow the identification of movement patterns and the design of high-order WENO-type schemes that preserve positivity or the principle of the maximum; and in epidemiology, in the design and analysis of models that represent the transmission dynamics of the COVID-19 virus, applying control techniques to identify parameters with a higher incidence of the disease.

On the other hand, Villada stated, “the presence of non-local terms means that the classical techniques developed for hyperbolic systems of conservation laws cannot be applied, which requires the development of new analytical and numerical tools. Furthermore, the presence of integral terms has a great impact on the cost of numerical simulations, which motivates the design of efficient approximation schemes”.